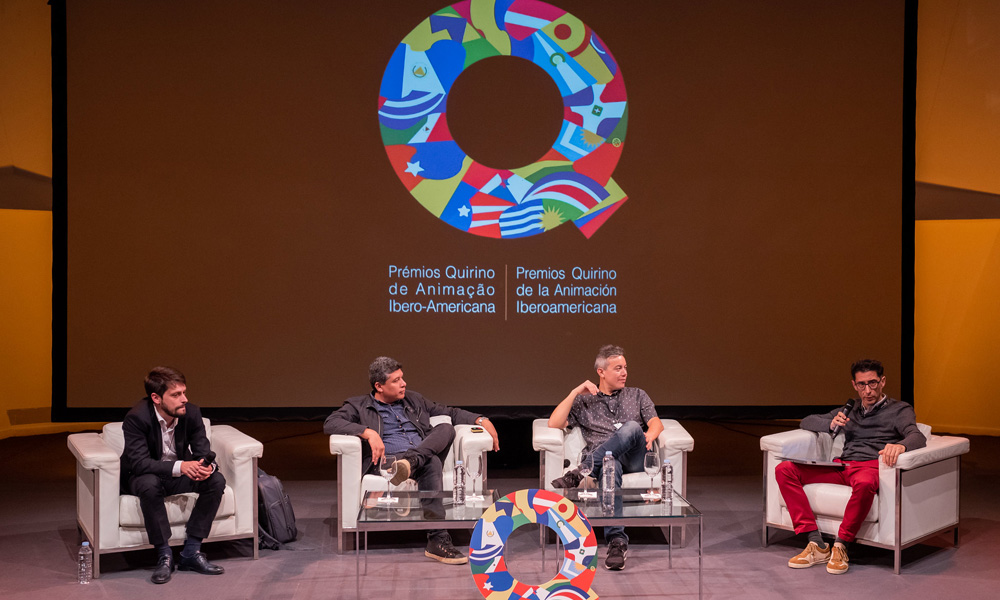 This year, the second annual Ibero-American Animation Quirino Awards took over Santa Cruz de Tenerife, alongside its parallel Co-production Forum and Academic Congress events. An increased presence of European, American and Ibero-American players reflected not only the growing interest in Ibero-American animation, but also the importance of the Quirino Awards as a showcase for the animated feature films and series being produced in this region made up of 23 countries.

In the Awards themselves, nine works were awarded out of the 25 competing finalists. The 2019 contest received 244 from 16 countries. See the list of winners here.

Held April 5 and 6, these B2B meetings promoted new co-production, distribution and acquisition agreements, such as the one reached by the French company PGS Entertainment, which will handle the international distribution of the transmedia project Momonsters. The project will be produced by Big Bang Box studio in Salamanca, with 3Doubles and Vito Tito Animation studios from Tenerife as co-producers.

Animation projects from Tenerife held a prominent place at the Quirino Awards. Since the inaugural edition in 2018, the island’s animation sector has grown significantly thanks to a strong policy of tax incentives and a state-of-the-art infrastructure and connectivity. The commitment to this sector has led to the launch of the Tenerife Isla Cartoon brand, with which the Cabildo and the Tenerife Film Commission seek to promote the island as a place for animation filmmaking. A dozen animation and VFX companies are currently based in Tenerife, including the Spanish postproduction and special effects’ company El Ranchito, which announced its arrival on the island during the Quirino Awards.

The industry platform being built around the Quirino Awards has provided the ideal framework for the discovery of new talent and projects in the region. Clan, TVE’s children’s channel (with international signal distributed throughout Latin America) has taken advantage of this to launch the competition “Premio joven talento Clan Quirino” (Quirino Young Talent Award). Organized jointly with the Quirino Awards, this initiative is aimed at young Ibero-American creators between the ages of 18 and 30 who will be able to present ideas for animated short films with the slogan “What makes us equal.” Clan Internacional/RTVE will support the production of the winning idea and the Quirino Awards will spread it in Ibero-America.

Another proposal to promote new animation projects was presented by the Ibero-American Animation League. This joint initiative of the Quirino Awards, the Pixelatl Festival (Mexico) and Animation! (Argentina), created with the aim of strengthening collaboration in the region, was responsible for the presentation of Dos pajaritos, a series co-produced by the Uruguayan Palermo Studio and the Argentinean Can Can Club, which was awarded in the pitching sessions of Animation! at Ventana Sur 2018. After its presentation in Tenerife, the project directed by Alfredo Soderguit (Anina) and Alejo Schettini will travel to Cuernavaca, Mexico, to participate in Pixelatl 2019.

The Co-production Forum also included a full agenda of conferences and roundtables. The first of these on April 5 brought together representatives of several professional associations from the region: Diboos España, GEMA Colombia, Animachi Chile, Gremio de Animadores de Ecuador, Animar Cluster – Cluster Argentino de Animación & VFX, Pixelatl and ACDMX México, Perú Animation, APA – Asociación Productoras de Animación Córdoba (Argentina), ABCA – Associação Brasileira de Cinema de Animação, Casa da Animação Portugal, as well as the Canarian association SAVE. Following up on their meeting with Ibermedia at the 2018 edition, the associations expressed their support for the proposal to create a fund for financial advances backed by public investment contributions, which must be paid back.

Ibero-American training centers were also present in a meeting in which representatives from various universities and schools took part. The result of this meeting was the creation of an open community aimed at connecting teachers and animators through LinkedIn.

Another new initiative was presented: The White Book of Ibero-American Quirino Animation, organized by the Quirino Awards in collaboration with Diboos, Egeda, ICEX, Welaw, Ibermedia and film associations and institutes throughout Latin America. This four-year project seeks to carry out a quantitative and qualitative analysis of the industry for “highlighting the value of the animation sector and reviewing its shortcomings.” The publication is planned in two phases, the first of which will be presented June 11 at the Annecy MIFA market, and the second in 2020. Its promoters offered the first figures of this study that analyzes this region of 23 countries, 700 operating production companies, more than 200 schools and training centers, and around 80 festivals and events dedicated to animation. Spain is the leader in the number of production companies, closely followed by Colombia and Mexico.

Co-production has become an increasingly indispensable tool for financing animation in the Ibero-American region and, of course, has been one of the recurrent themes in B2B meetings and during the conferences. In the discussion Models of Alliances in Ibero-America, representatives from Argentina, Brazil, Colombia, Ecuador, Spain, Mexico, Peru and Portugal analyzed the different co-production agreements offered by their countries. The conference Co-producing in Latin America focused on two of the region’s most active independent studios: Zumbastico Studios (Chile) and Red Animation (Peru). Alvaro Ceppi, director of Zumbastico, reviewed the evolution of the TV series Paper Port, that in its two seasons had the co-production of public and private channels from Chile, Colombia, Argentina, Brazil. Also present was Milton Guerrero, founder of Red Animation, based in Lima and Rio de Janeiro, co-producer of several feature films in development such as Un Reino entre las nubes (Peru-Brazil) and Nahuel y el libro Mágico (Chile-Brazil). Francisco Menéndez Nadal from the Welaw consulting firm discussed the challenges of co-production from a legal point of view.

On Saturday 6, hours before the closing gala, the working table Women in Animation took place and different groups analyzed the participation of women in the sector in their respective countries and took the first steps to establish future collaborations. This meeting was attended by MIA (Spain), RAMA (Argentina) and representatives of WIA L.A. (United States) and Les Femmes S’animent (France) and had the participation of Beatriz Navas, Director General of the ICAA, Concha Diaz from the Tenerife Film Commission and professionals from Argentina, Colombia, Spain, France and Mexico.