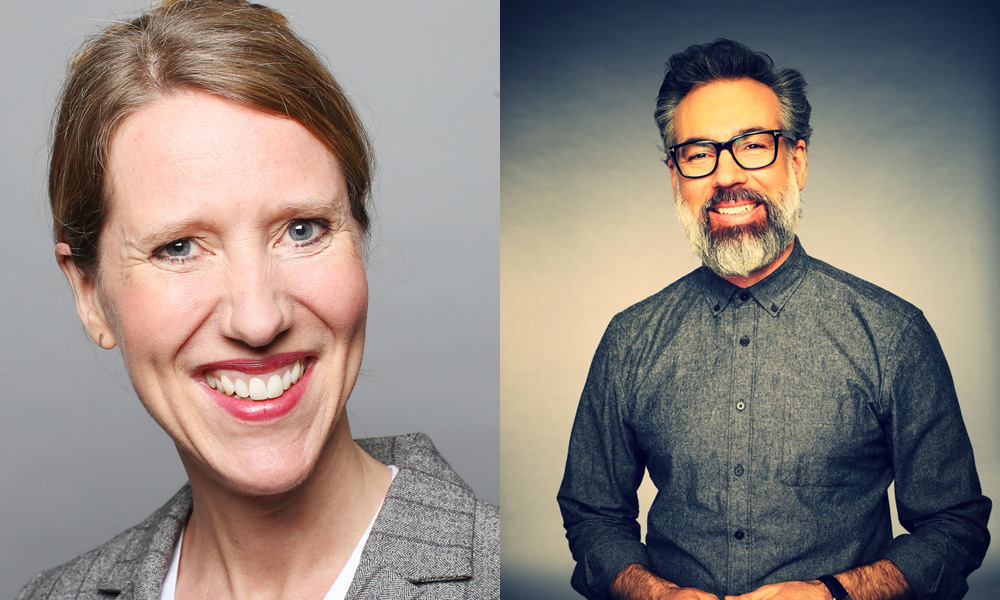 The 26th International Festival of Animated Film Stuttgart (April 30-May 5) has announced a stellar lineup of international animation professionals confirmed to attend the German confab, including acclaimed directors, producers, voice talents and innovative artists across a spectrum of disciplines.

American director Lino DiSalvo visits the Stuttgart Festival of Animated Film in order to present the Making of Playmobil – The Movie during ON Animation’s studio presentation. The New Yorker worked 16 years as an animator for Disney on projects like 102 Dalmatians and Frozen, amongst others. Playmobil – The Movie is his feature directorial debut.

Iranian filmmaker Shadi Adib previously took part In the ITFS International Competition with Fuse. Now, the graduate of the Filmakademie Baden-Württemberg will present her brand new film Ode, winner of the competition “Trickfilm für Europa” that was launched by the Film- und Medienfestival gGmbH in 2018 and supported by the Ministry of Justice and European Affairs Baden Württemberg. Adib’s contribution towards a common Europe celebrates its world premiere as part of the ITFS opening ceremony on Tuesday, April 30 at 8 p.m. at the Gloria cinema.

Otto Waalkes is nominated for the German Voice Actor Award of ITFS 2019 for voicing the Grinch in the German dub of Illumination Entertainment’s CG Christmas film The Grinch (2018). The Award ceremony will take place on May 3 at 8 p.m. at the Renitenztheater Stuttgart. The comedian, cartoonist, musician, actor and director developed his vocal talents early, and in 1993 he starred in the TV series Ottifanten. He also worked as a voice actor on Disney’s Mulan and Blue Sky’s Ice Age films.

Nominated for the German Voice Actor Award for her role in Raven the Little Rascal – Hunt for the Lost Treasure.

The newest feature film by the French filmmaker is Dilili in Paris, which is set in Paris at the time of the Belle Époque and celebrates its German premiere at the ITFS on May 1 at 5 p.m. at the cinema Metropol 1. In 1982, Ocelot received his first César, which was followed by numerous nominations and awards on international festivals. In addition to his acclaimed animated features and shorts, Ocelot also created the music video for Björk’s “Earth Intruders.”

Der Plan, musicians and artists (concerts on May 3 & 4, Kunstgebäude Stuttgart)

DER PLAN are performing in Stuttgart for the first time in almost 30 years. Established in 1979 and appearing in the DER PLAN 4.0 version from 2004 to 2006, the electro-pop band started up as a virtual band in 2007 and currently performs with Frank Fenstermacher, Kurt Dahlke alias Pyrolator, and Moritz Reichelt alias Moritz R@.

Nominated for the German Voice Actor Award of the Stuttgart Festival of Animated Film 2019 for playing the Yeti girl Mechee in Warner Animation Group’s Smallfoot.

Emely Christians is producer and managing director of Ulysses Filmproduktion, one of the most active European production companies of high-quality and successful animation films. Now in production on Ooops! The Adventure Continues, her eleventh theatrical feature film, she recently completed Bayala – A Magical Adventure. Her producer credits include the worldwide success Niko & The Way to the Stars, Niko 2 – Little Brother, Big Trouble and Luis and the Aliens. In 2015, Chritstians and her team released another international co-production: Ooops! Noah is Gone… Sold to more than 160 countries, with huge success in many territories including the U.K., France and South America, the film won the “Goldener Spatz” in 2015, Germany’s most important prize dedicated to children’s films. Christians has been honored with the European Producer of the Year Award in 2016 by the Cartoon Media association, and the Bavarian Film Award 2018 for Best Children’s Film for Richard the Stork.

The German director and producer has already realised over 20 documentaries, feature films and shorts. For his feature film debut Reich des Bösen (2008), he received several prizes and nominations. Together with his two partners, he owns a production company with headquarters in Hamburg, Germany. In 2018 he produced the animated documentary Little Germans in cooperation with Frank Geiger, addressing current political developments.

Jonathan Hodgson is an internationally renowned, award-winning animation director and independent animator based in London. He is also a senior lecturer and program leader of BA Animation at Middlesex University. He studied animation at Liverpool Polytechnic and the Royal College of Art. Most of his work is in the area of 2D

animation, but he also works with live action. His films are to be categorized somewhere between documentary and experimental animation and usually avoid conventional narrative, being largely based on observation and personal experience. His animated shorts have won many international awards, including a BAFTA for Best British

Short Animation in 2000 for The Man with the Beautiful Eyes and in 2019 for Roughhouse.

As an animator and animation director at Japan’s famous Studio Ghibli, Yamashita is famed for Howl’s Moving Castle, Arrietty, From Up on Poppy Hill and other acclaimed films. Prior, he worked on popular TV series and OVAs like Giant Robo. In 2018, he directed Invisible for the Studio Ponoc Modest Heroes shorts anthology.

In 2018, Wong Ping was the recipient of the inaugural Camden Arts Centre Emerging Arts Prize. In 2019, he was among the winners of the Ammodo Tiger Short Competition of the 48th International Film Festival Rotterdam. His animations have been commissioned by M+, Nowness as well as Prada and he is the winner of one of perspective’s 40 under 40 Awards. Works by Wong Ping are part of several permanent collections, including M+ Hong Kong, Kadist Paris/San Francisco, Solomon R. Guggenheim Museum New York, Fosun Art Foundation Shanghai. His recent works are shown at Kunsthalle Basel/Switzerland, at Kunstraum Capri in Düsseldorf/Germany, at the Solomon R. Guggenheim Museum and The New Museum in New York.

Verena Fels is a graduate of the Hochschule der Medien in Stuttgart and the Filmakademie Baden-Württemberg. Her film Der Moment, a trailer for the Stuttgart Festival of Animated Film gave birth to the festival mascot horse, Trixi. One of her other animated shorts is MOBILE. Fels works as a director and filmmaker of the kids series Ich kenne ein Tier and directed the film Raven the Little Rascal – Hunt for the Lost Treasure.

Byrke Lou, physician and digital artist with a focus on music, VR and AI

Born in Berlin, the artist and musician experiments with the corporeality of matter, sound and our theoretical models. In her talk, the conceptual artist and physician looks at the impact and specifics VR, AR and XR technologies hold for musicians and, maybe, the music ecosystem. Lou studied physics, philosophy and digital art as well as design,

computer science, electroacoustical composition, media theory and dance and was formed by the IFISC (Institute for Interdisciplinary Physics and Complex Systems) in Mallorca, Spain. She teaches at HfK Bremen and UdK Berlin and works at scientific institutions such as MARUM in Bremen.

Max Hattler is a German artist working primarily with abstract animation, video installation and audiovisual performance. His work explores relationships between abstraction and figuration, aesthetics and politics, sound and image, and precision and improvisation. He holds a BA in Media and Communications from Goldsmiths, an MA in Animation from the Royal College of Art, and a Doctorate in Fine Art from the University of East London. His films were presented worldwide, for instance at Ars Electronica Festival, Sónar Hong Kong, MoCA Taipei, Museum of Contemporary Art Zagreb and Zhou B Art Center Chicago. He was awarded by the Third Culture Film Festival and the Bradford Animation Festival and received several Visual Music Awards. He performed live at venues around the world including the Seoul Museum of Art, EXPO Milano, Clockenflap Hong Kong and the Punto y Raya Festival. Hattler is an Assistant Professor at the School of Creative Media at City University of Hong Kong.