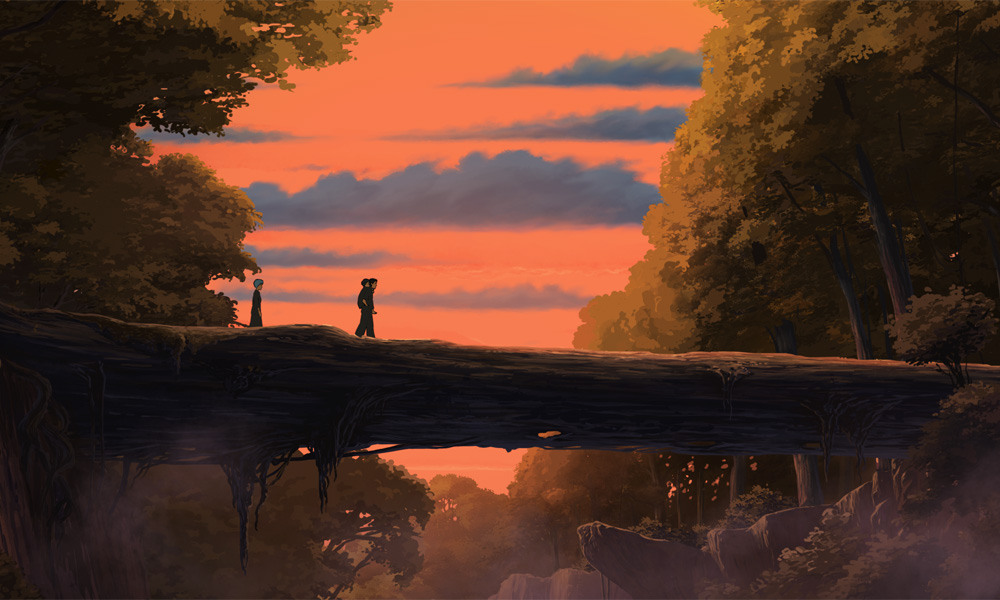 Ever since director Denis Do’s Funan won the top prize at the Annecy festival last year, the movie has received nothing but fine reviews and accolades all around the world. Do’s powerful first feature, which will be released by GKIDS in the U.S. in June, takes an unflinching look at one family’s experiences of life in Cambodia under the Khmer Rouge in the late 1970s. The French-born helmer, who began his career as a layout artist on features such as Long Way North (2015), storyboard artist on the series Rabbids Invasion (2013) and set designer on Zombillenium (2017), was inspired by some of his own family’s experiences as they fled their country in the 1970s.

“When I was a young boy, my mother used to tell me that I had to finish my food to respect the victims of the Khmer Rouge, because they had very little to eat at that time,” recalls Do, who was born and raised in Paris. His mother’s experiences in Cambodia and his family’s eventual move to France was always in the back of his mind, and after graduating from the prestigious animation program at Gobelins, he decided to dig deep into his family story and immerse himself in the recent history of his parent’s country of origin.

“Growing up in France, I was always aware of the fact that my roots were elsewhere,” notes Do. “My friends used to tell me stories about spending weekends with their grandparents in the countryside, and it made me sad because I wasn’t able to see my grandparents. I would ask my mother about the family’s past, and everything would hit a wall when we came to the subject of the Khmer Rouge in Cambodia.”

It wasn’t until he took a trip to the old country in 1995 when he came to realize how different his French upbringing was from Cambodians’ daily lives. “I stayed in the hotel most of the time,” Do remembers. “I was experiencing a culture shock. You could see how the war had impacted the people on the street. It was too much, so I denied everything, but when I went back with my little brother and mother in 1997, I was able to meet survivors from my family. It was during that second trip when we all had to leave quickly at four in the morning, we escaped to Vietnam as there were tanks and soldiers in the streets of Phnom Penh. I heard my mother say something like, ‘I don’t want my son to face the same things we did.’ The whole experience reminded her of many bad memories, so I started to look by myself at all the real historical parts.”

Do says he knew he wanted to tell his family’s and this chapter in Cambodian history in an animated movie. “I felt this huge heritage on my shoulder and knew I had to share all these testimonies,” he explains. “I had studied animation, and after I graduated, I went to my mother and started to collect all the information I could. I wasn’t in a hurry to find the producer, and I didn’t approach this project in a traditional way. I wanted to get the story right and as precisely as I could. I don’t know if animation is the perfect medium to tell the story, I just know that it is the perfect medium for me.”

Produced by Les Films d’Ici, Epuar, Bac Cinema and Lunamine, Funan uses 2D animation (created through a Toon Boom Harmony pipeline) to give life to the stories of Do’s family and friends. The approach is poetic and stark, and packs an emotional punch, although the director is wise enough to show restraint when depicting the harsher atrocities of the regime. As the Variety review points out, “Do attempts to understand and to honor what his mother went through before escaping Cambodia in 1979. While her survival may provide a happy ending, the last half-hour of Funan is so heavy that the film effectively plays more as tragedy than as triumph, all the more impactful for being true.”

The director says he wanted the perfect balance between being historically accurate and creating the film’s poetic environment and memorable characters. “My goal wasn’t only to represent, but to also re-appropriate the pictures and memories — to make them live and to live with them. Animation is perfect for such a task. Funan is based on personal and historical events, but it is also a work of fiction. We took creative liberties in terms of script and imagery.”

Do further explains that in the beginning of the process, he didn’t think that the movie would help him come to terms with this past and history. But now he realizes that making Funan has been a very cathartic experience. “I didn’t experience the Khmer Rouge regime myself, so I had enough distance from that,” he notes. “But the movie allowed me to connect back with those Cambodian roots that I used to hate before. I could tell that through my mother’s testimonies, her stories, I loved Cambodia again. It was also a kind of therapy for me. I was really dedicated to these stories. That’s why we spent so many years with all the artists, and the production company, also, with a lot of authenticity. The story [needed to be] really personal, to connect with the history, the cold reality of it. That’s why, for example, we created all the characters and the design of the film in such a realistic way. Because I didn’t want the audience to be faced with a cartoon.”

Another important goal was to depict the Khmer Rouge characters as human and nuanced. “These people were also born and raised in Cambodia,” he notes. “But there’s no good side and bad side. There are victims, and there is the Khmer Rouge, and between the two extremes we have different levels of psychology. I wanted the audience to feel empathy. After all, we are not trying to give a history lesson. I believe that if the audience gets interested in the story, then they will make their own inquiries and research the history themselves.”

Do, who is now working on a lighter, happier animated movie about young people in modern-day Cambodia, says he’s very pleased that animation allows artists to explore a wide variety of subjects, including mature political themes. “I expect animation to explore many more types of subjects, because everyone has personal stories to tell. I think in some way, 2D animation is more mature than ever before. In terms of story and content, we can now use animation to tell many different types of stories. I didn’t grow up with Disney movies, so I never had this stereotype about animation in my mind. We can tell what we want through animation. We should just create and not be limited by restrictions.”