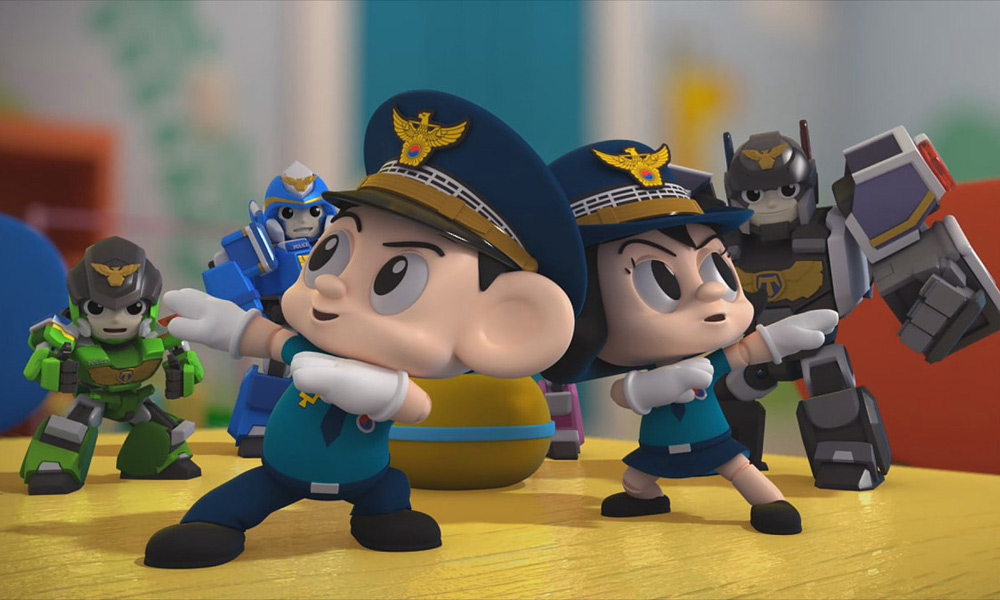 Milan-based Atlantyca Entertainment has picked up European distribution rights to popular animated preschool action series Toy Cop from OCON Studios in Korea. Atlantyca is introducing the show to broadcasters at MIPTV this week.

An original OCON production, Toy Cop originated as a successful toy property. The series (52 x 5’, 3D CGI) is follows the fun-filled, action-packed adventures of heroes Hammer, TP, Toto and Scien — four brave toys dedicated to maintaining the peace in the room of the 5-year-old Dori. When he leaves the room, the bad toys, led by the villain Hades, create havoc and a mess in the toy village, requiring the Toy Cops to restore the much-needed order. Asian broadcast partners have included KBS in Korea and RTV in Indonesia.

“We are really delighted to give visibility to this beloved preschool show that is already a success in Korea and Indonesia and we are certain it will be a huge success in Europe too!” said Alessandra Dematteis, Distribution Manager at Atlantyca.

“It’s a real pleasure to work with Atlantyca, which is one of the most experienced distributors in Europe. I strongly believe that Toy Cop will be successfully distributed in Europe and kids will love our property,” commented Chloe Woo, VP at OCON Studios.