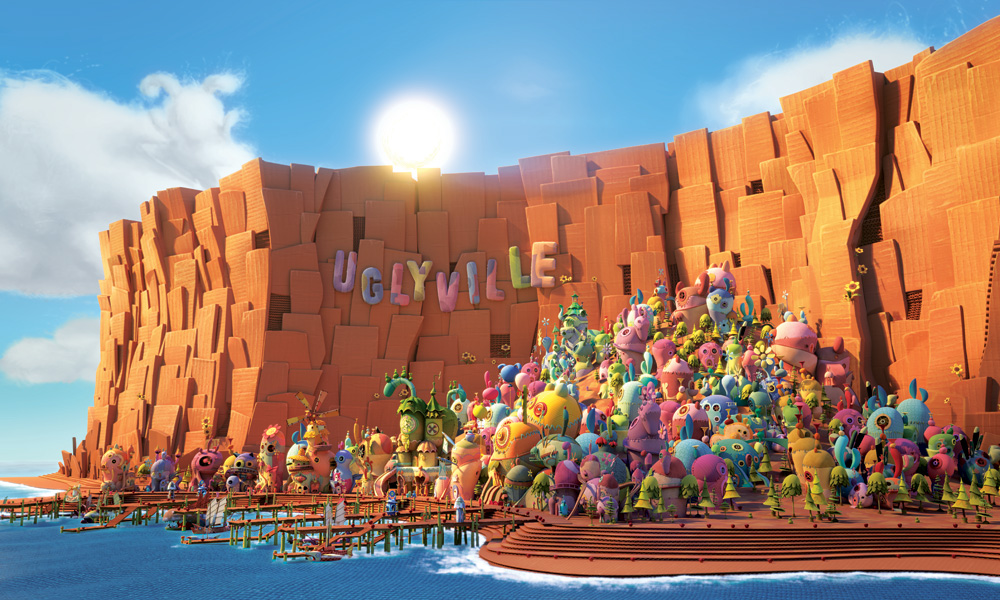 Adventures in Fuzzyland with STX’s ‘UglyDolls’

They’re cute, fuzzy, idiosyncratic and just a little bit off, but the UglyDolls have made the jump to the big screen in a colorful musical feature from STX Entertainment.

Based on the dolls created by David Horvath and Sun-min Kim in 2001, the animated feature rights were first optioned in 2011 by Illumination before landing at STX in 2015 as the first project on its family movie slate. Robert Rodriguez signed on in 2017 to write and direct, with his Troublemaker Studios producing. After he stepped down as director in 2018, he was replaced by veteran animation director Kelly Asbury, whose directing credits include Spirit: Stallion of the Cimarron, Shrek 2, Gnomeo & Juliet and Smurfs: The Lost Village.

Taking on the in-preproduction project was not an easy decision for Asbury given the very tight deadline required to get the movie in theaters May 3. In its favor, Asbury says the movie had a really good beginning, including a strong song for star Kelly Clarkson to kick things off with, and — perhaps more importantly — a good ending. “I said OK, this is a challenge, but there’s nothing better than having a good ending,” he says.

Asbury used the tight schedule to the movie’s advantage. “It forced decisions,” he says. “I believe in deadlines and I believe deadlines create a limitation, you can make it work for you. I think we made our deadline work for us in this case.”

Songs in the Key of Dolls

Asbury’s biggest decision was to make the movie a full-on musical, a move that allows the movie to deliver exposition and character points of view through songs, written by Christopher Lennertz and Glenn Slater. “The audience will listen more when it’s in a song,” he says.

It also steered the movie’s casting for in-flux characters — some were combined, others dropped entirely from the original concept — toward pop music. “We wanted to find performers who are not just singers but people who had iconic personas that could be applied to the characters themselves in the movie,” says Asbury.

Kelly Clarkson was cast as Moxy before Asbury came on, and her personality and humor came to embody the character’s optimism and curiosity. The cast filled up with talents including Janelle Monae as Mandy, Blake Shelton as Ox, Pitbull as Ugly Dog, Gabriel Iglesias as Babo, and Charli XCX as Kitty.

Nick Jonas was cast as Lou, nominally the villain of the movie. “Nick Jonas really brought a lot of acting chops to the performance, but we also used the fact he’s a gifted song stylist,” says Asbury. 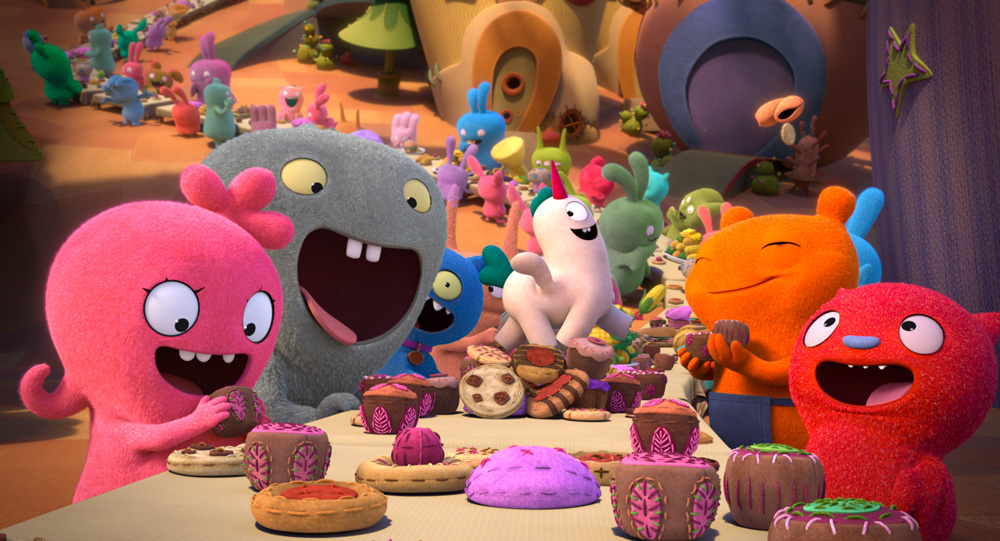 Asbury’s belief in simplicity shaped the movie’s easy-to-understand storyline and bright visuals. The movie begins with the UglyDolls happily living in Uglyville, unaware they are dolls rejected as defective during manufacture. Moxy loves her life, but dreams about the outside world and longs to be loved by a real-life child. She sets out to find the real world and instead finds Perfection, a town populated by prep-clad dolls who also aspire to be loved by real children, but are told by their hero and coach Lou that they will only achieve that goal by being absolutely perfect — and proving it by running a kind of doll gauntlet. The UglyDolls are met with derision and written off, but still given a chance to prove themselves worthy of a child’s love, setting up a showdown between the bully and the iconoclasts.

“It’s a subject of real conversation with young people and everybody, and I love the idea of a film that’s celebrating who you are,” says Asbury.

A fan of classic Hollywood musicals like An American in Paris and Singing in the Rain, Asbury tried to ensure the songs stood out. ”When we go into a song, I want it to be a separate short film of its own to get its message across,” he says. ”Each song in this movie was treated as a narrative key moment.”

Animation supervisor Sebastien Bruneau says completing the film on time was a big challenge. “We kind of had to do a marathon to ensure we delivered film,” he says. 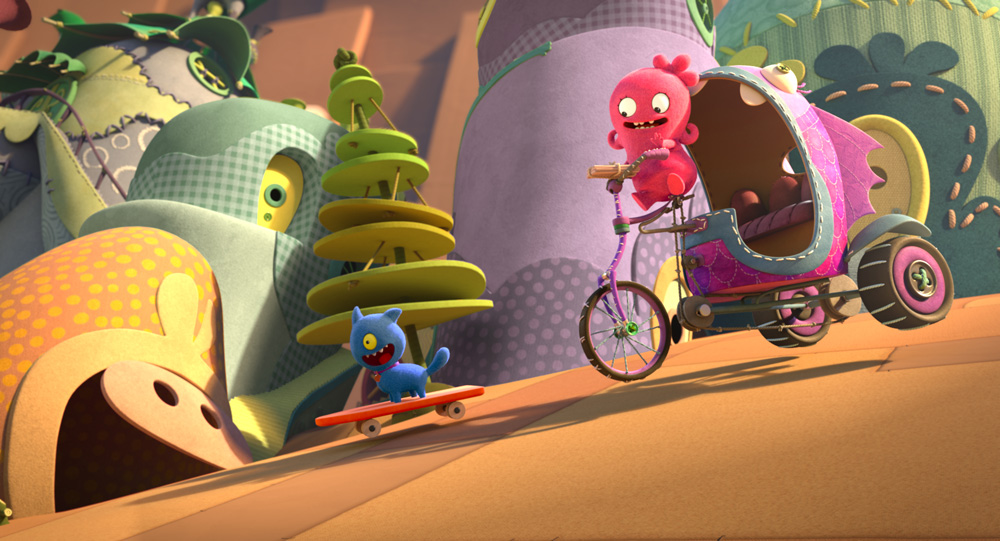 Reel FX animated the movie out of its facilities in Montreal and Dallas. Additional help came from China and a handful of freelancers. The core crew at Reel FX ran between 50 and 60 animators. After about two months of testing, the animation was completed in about six or seven months.

The UglyDolls are simply designed and have simple shapes, but there were usually multiple characters on screen at any given time, Bruneau says. Asbury urged simplicity and experimentation to find ways to get the stubby-limbed characters to move.

“We had to come up with a style that is very graphic, very cute and appealing for the UglyDolls,” says Bruneau. “It’s important for the kids to relate to them.”

Cute and Covered with Short Fur

A lot of experimentation was done early on to find a style that worked for the UglyDolls. “Because they’re cartoony, it allows us to make them bouncy and use their design to our advantage,” says Bruneau.

Visual effects supervisor David Esneault says there were many iterations of the UglyDolls before they decided the best solution was covering them with very short fur.

Animators also played to the UglyDolls’ graphic shapes, keeping them on-model as much as possible so they were always recognizable, Bruneau says. They also had a cute and fluffy aspect and a squash-and-stretch quality was added to help bring them to life. 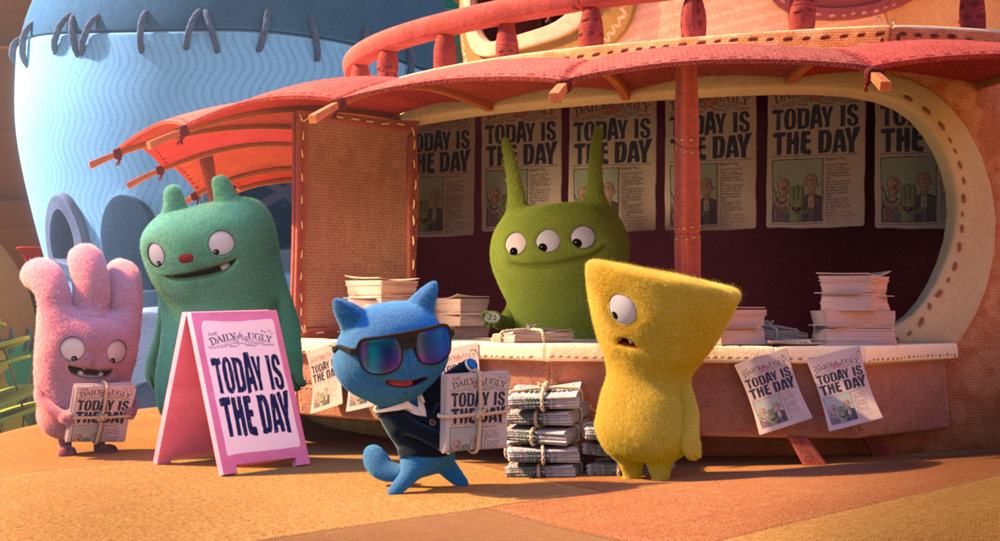 The UglyDolls’ faces are flat, requiring a more graphic approach to facial animation. “It’s much more of a 2D animation approach,” Bruneau says.

On the Perfect dolls, it took a while to get their yarn hair right. Esneault says the hair style is modeled with a fuzz pass on it. The silhouette is then broken up and the two looks combined to get the final look. They also varied the skin tones on each Perfect doll, shooting for something similar to the actors who played them.

”We were studying other animated films that had been done before with dolls or with humans,” says Bruneau of the Perfect dolls. “We animated them a little more contained. They’re perfect dolls so they’re trying to move ‘perfect’, and their attitude was a little more delicate.”

The musical numbers required animators to create performances that follow the beat and the emotion conveyed in the song. “The editor always kind of trimmed clips here and there to make it more interesting,” says Bruneau.

A few sequences required special treatment. Ox’s flashback was made to look like an old-style film with flicker, scratches and noise added to the frame. In another, all the UglyDolls are sad and the color was bled out. “Kelly was interested in pushing that as far as he could,” says Esneault.

Having completed the film, Asbury is grateful for the effort the crew put into meeting the tough schedule.

”Every movie has its own personality and share of challenges that you have to overcome,” he says. “It is amazing how all these different disciplines come together and click into place and create something that’s miraculous in the end.” 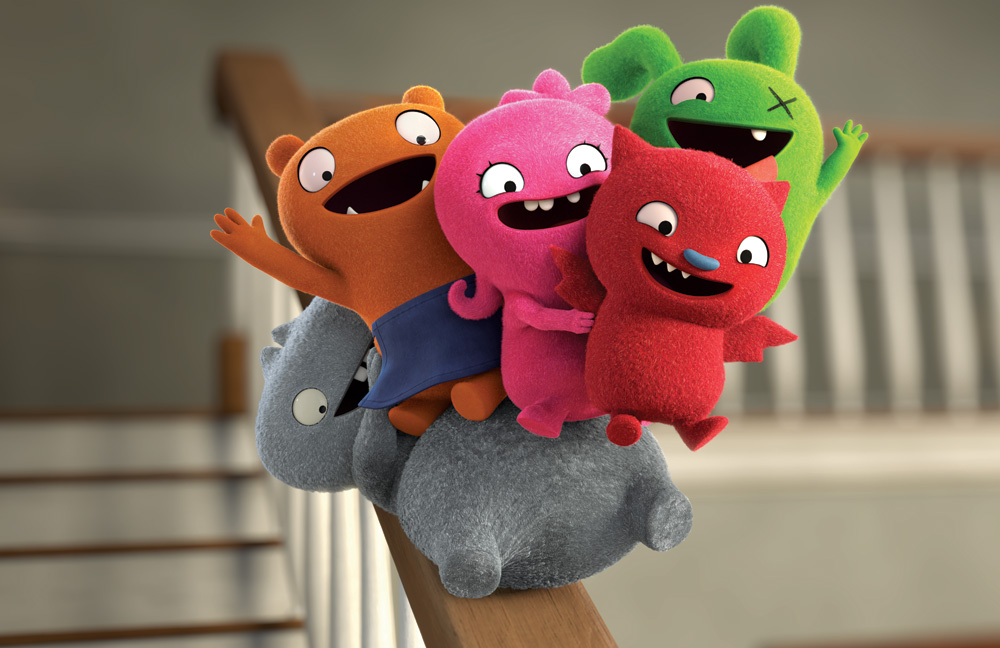