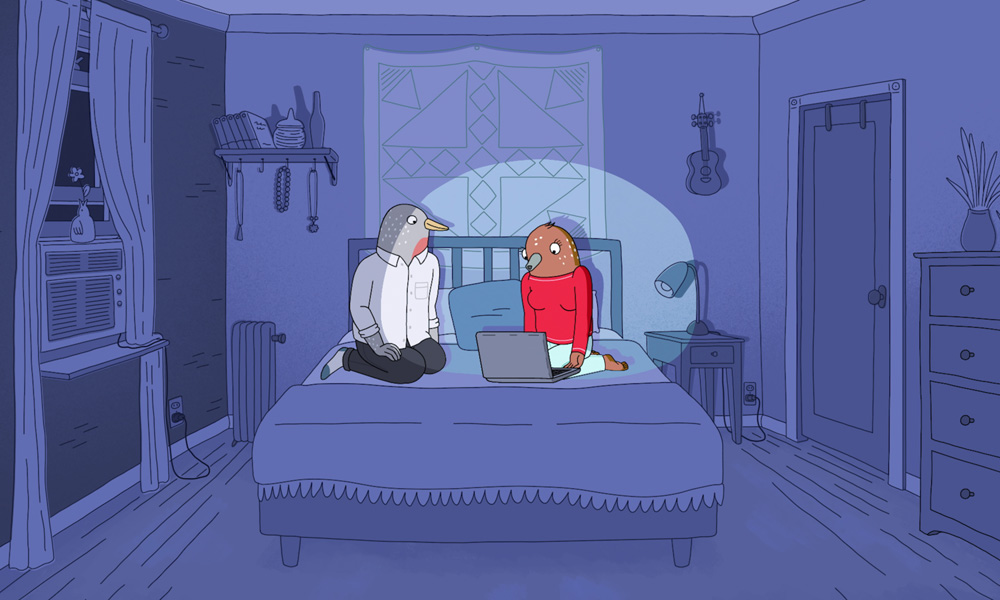 Stick your beaks in the first official look at upcoming Netflix original animated series Tuca & Bertie, which settles into its global streaming nest on Friday, May 3. Introducing the fan flock to the new show in a new video clip are voice stars Ali Wong (Bertie) and Tiffany Haddish (Tuca) as well as series creator Lisa Hanawalt, who cut her teeth on Netflix megahit BoJack Horseman.

The 10-episode Tuca & Bertie revolves around the friendship between two 30-year-old bird women who live in the same apartment building: Tuca, a cocky, care-free toucan, and Bertie, an anxious, daydreaming songbird.

“I want women in the real world to relate to [the show], even though they’re not bird people,” Hanawalt cracks in the clip.

Hanawalt is an executive producer alongside BoJack colleagues Raphael Bob-Waksberg, Noel Bright and Steven A. Cohen, Haddish and Wong. The series is produced by Michael Eisner’s The Tornante Company and animation is done by ShadowMachine.