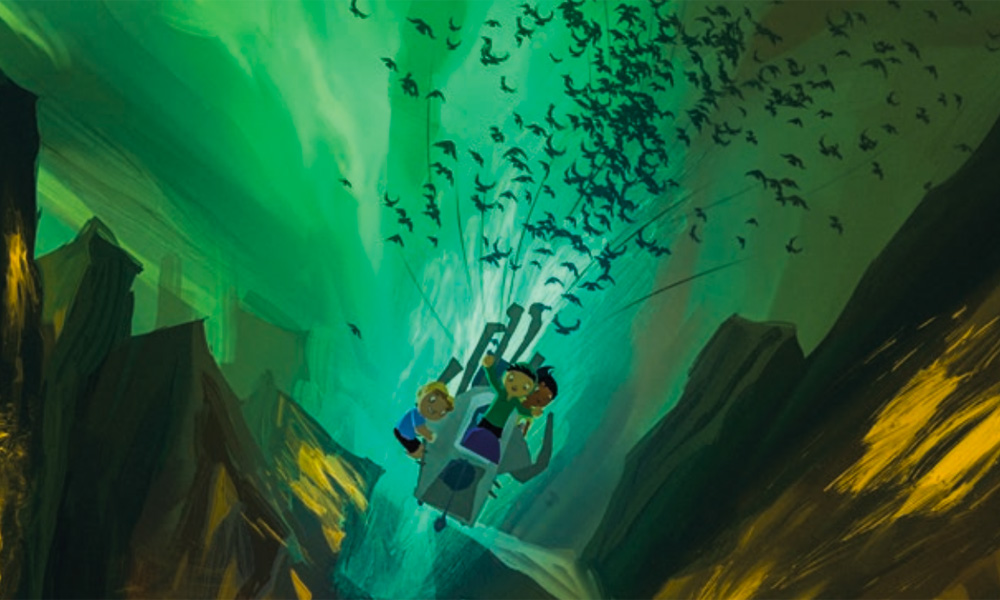 ‘Tito and the Birds’ Takes Wing on Home Video with Shout!

Award-winning Brazilian animated feature Tito and the Birds is bringing its world-saving message to home audiences thanks to Shout! Studios. The film will be released on Blu-ray + DVD and Digital on April 23, in both the original Portuguese language version of the film with English subtitles, and the English language dub. The release will also include an interview with filmmakers Gustavo Steinberg and Gabriel Bitar.

Nominated for an Annie Award for Best Animated Feature-Independent, the film is directed by Gustavo Steinberg (End of the Line), Gabriel Bitar (Cidade Cinza) and André Catoto (Say I Am Only Seventeen), written by Eduardo Benaim and Gustavo Steinberg, and features an original score composed by Gustavo Kurlat and Ruben Feffer (Academy Award-nominated animated feature Boy and the World). Tito and the Birds premiered in competition at the 2018 Annecy International Animated Film Festival, and won the Best Feature for Children at Anima Mundi 2018.

Synopsis: Tito and the Birds is a film about a little boy and his journey to save the world. Tito, a shy 10-year-old boy, lives in a world on the brink of pandemic. Fear is crippling people, making them sick and transforming them. Tito realizes, based on his father’s past research, that there may be a way to utilize the local pigeon population and their songs to create a cure for the disease. His father was forced to leave when Tito was only six and the struggle to find a cure becomes linked with the search to find his father again, along with his own identity.

Part action, part drama, Tito’s journey is at once an uplifting and insightful adventure about a boy fighting to find out what is right and to learn how to overcome his own fear.