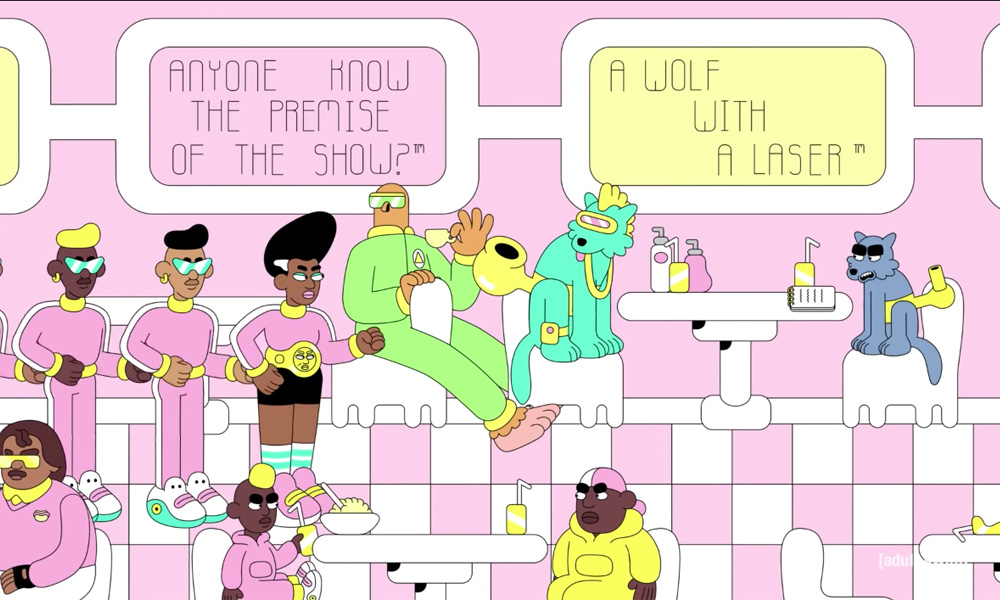 Adult Swim will premiere its newest animated comedy series to its devoted young adult audience with the back-to-back episode debut of Lazor Wulf on Sunday, April 7 at midnight ET/PT. The quarter-hour series about finding the inner strength to buy your own cereal, not dying, and the art of the scam is created by Henry Bonsu and executive-produced by Vince Staples, Bonsu, Daniel Weidenfeld (China, IL), and Carl Jones (The Boondocks). The animation studio is Bento Box Entertainment.

You can learn more about Bonsu in Animation Magazine’s Rising Stars of 2019 feature in the April ‘19 issue, available soon.

Lazor Wulf is a colorful series about a wolf who carries a laser on his back and the adventures he and his pack of carefree friends face while hanging out at their neighborhood joints like The Clurb and Esther’s. The main cast of voice actors include hip hop artists Vince Staples and DRAM, WWE Superstar Big E, along with Quinta Brunson, Judnick Mayard, Andre Pascoe, Reginald VelJohnson and J.D. Witherspoon.