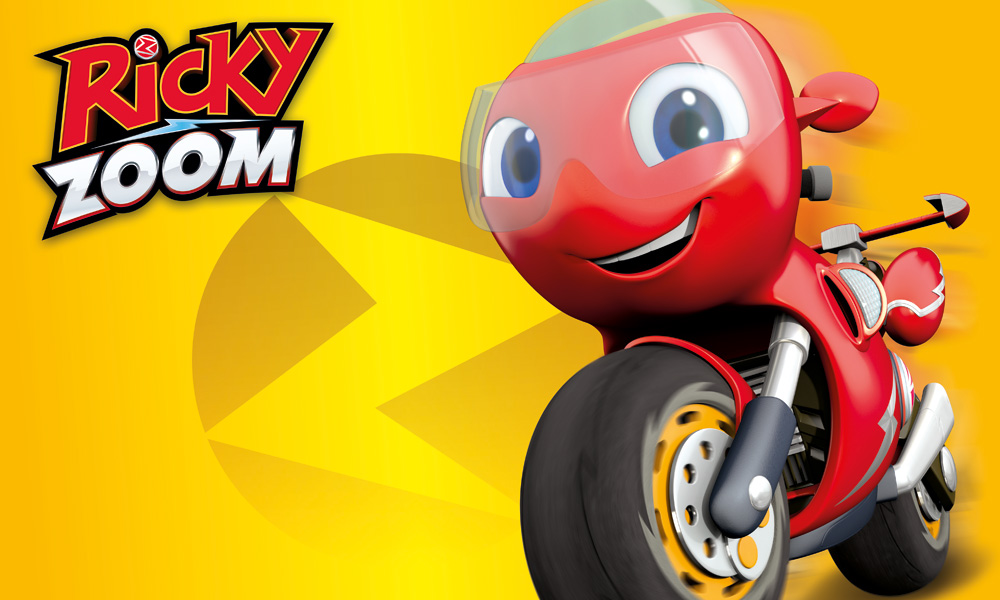 Entertainment One (eOne) continues to fuel excitement for its brand new animated preschool series, Ricky Zoom, with newly announced broadcast partners Super RTL in Germany, Clan TV in Spain and Youku in China revving up to roll out the first season from autumn 2019.

Super RTL and Clan TV join a growing roster of European broadcast partners including Gulli in France and RAI in Italy, along with Discovery Kids in Latin America building momentum for Ricky Zoom across multiple territories.

Ricky Zoom is eOne’s new CGI action comedy adventure series about a little red motorbike, which will be heading to MIPTV next month. Alongside a growing broadcast presence, eOne is assembling a major global consumer products program which will be spearheaded by leading global master toy partner, TOMY International, with a range of products set to debut at retail in selected markets from spring 2020.

“We’re thrilled to be adding more top-tier partners to our growing broadcast line-up for Ricky Zoom,” said eOne’s Olivier Dumont, President, Family & Brands. “This strong commitment from a number of broadcasters who are all market leaders is testament to the fresh, exciting and appealing series we are producing with the same team as our hit series PJ Masks and we look forward to introducing the adventures of Ricky and friends to families all around the world.”

The producers of PJ Masks, eOne, Frog Box and animation studio TeamTO are joined by coproduction partner Maga Animation, to introduce a show that’s all about friendship, family, community, resilience and learning to stand on your own two wheels. A born leader, Ricky is joined by an enthusiastic group of young bikes, Scootio, Loop and DJ, who live in Wheelford, a town tailor-made for bikes, because the bikes are the people!