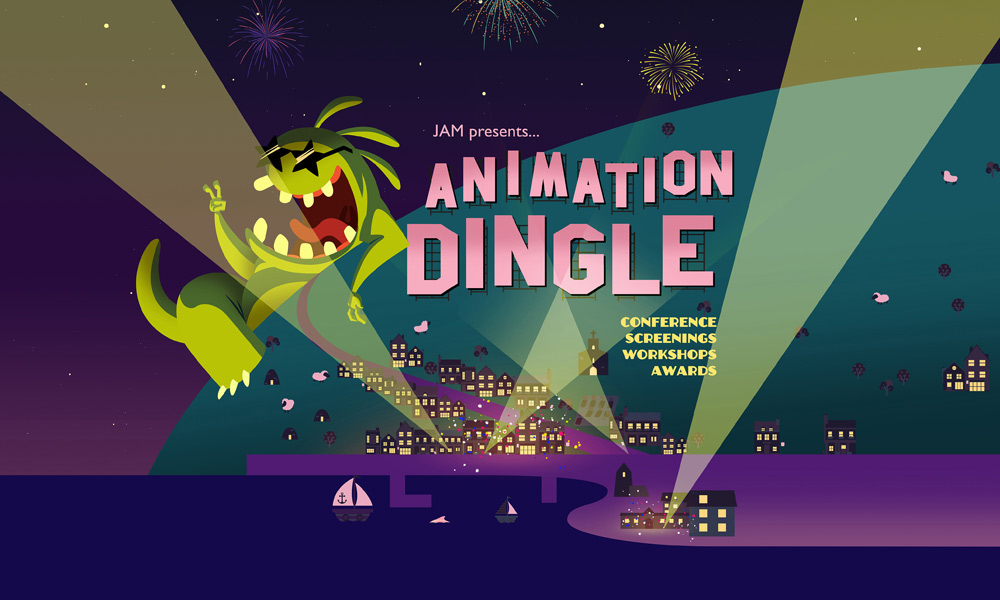 The enchanting Irish coastal town of Dingle will once again welcome the animation world to its hearths this weekend for the seventh Animation Dingle festival and conference. Co-founded by John Rice of JAM Media and Maurice Galway, CEO of Dingle International Film Festival, the event will bring together major overseas and local guests to celebrate student creativity and excellence in both Irish and international animation.

“Once again we’re delighted with the quality of the speakers and keynotes at this year’s event,” said Rice. “The festival celebrates the work carried out by students in Ireland and internationally and this year we welcome back The Irish Animation Awards to honor the vibrant industry on the island. As always the festival naturally maintains our current gender balance of 1:1 in both guests and speakers. The festival has resonated with students and professionals alike with ticket selling out within 24 hours of release.”

March 22 & 23 will see key decision makers from Amazon, BBC, Disney, Netflix, Nickelodeon, Pixar, RTE and Sony Pictures Television Networks and inspiring keynote Speakers share insights into the many opportunities that exist in this growing and vibrant animation sector. Students will get to mingle with industry professionals in a thought-provoking and fun environment.

The festival is also home to The Animation Dingle Student Awards as well as The Irish Animation Awards (check out the 2019 nominations here.)

“Looking at the nominations you can really see the truly impressive amount of breath-taking work being produced in Ireland at the moment. Ireland’s position as one of the world’s best locations for animation is now firmly cemented,’ said Moe Honan, Chair of the IAAs backing organization Animation Ireland. “This year we have four new awards and our very hard working judges have been extremely busy with the number of entries. There are 16 categories in total and one of our new awards is the Kids’ Choice Award, with the winner being chosen by primary school children across the country. Another new category is Best Newcomer, which shows the continuing increase in the amount of new studios being set up. The new award categories and the sheer volume of entries reflect the substantial growth in the sector over the past two years.”

Winners of each category will receive a statuette designed by animator, filmmaker and teacher Eimhin McNamara. The statuette resembles a Phenakistoscope, which was an early animation device used to create an illusion of motion.

Animation Ireland is the trade association for Ireland’s animation studios, representing 25 member studios who employ more than 1,500 people nationwide. The sector has seen meteoric growth in recent years, with the sector now generating over €100 million for the economy annually as Irish animation projects are viewed in over 120 countries worldwide.