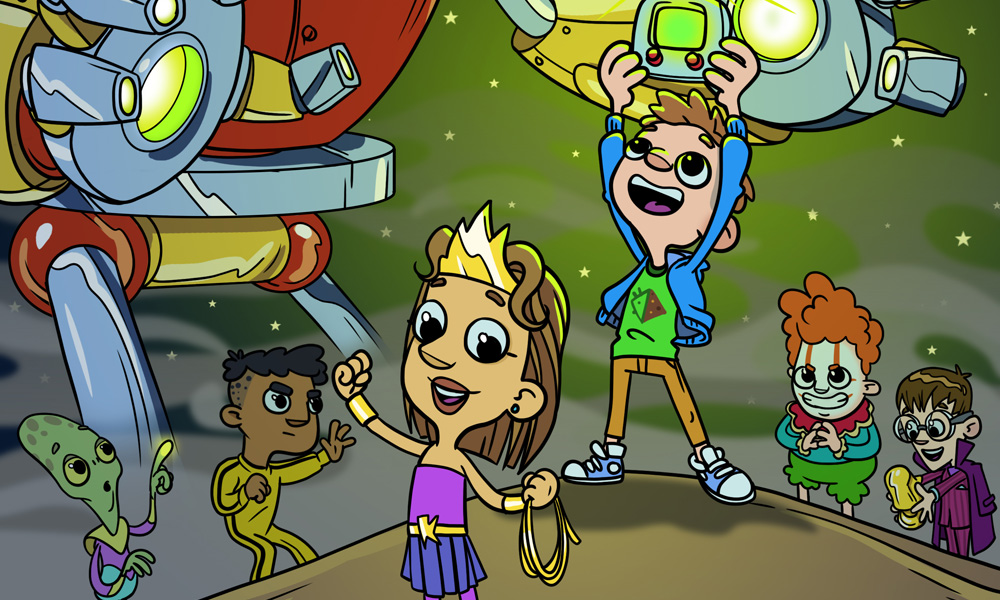 The ThinkTank Emporium (U.S.) and Treason Media (Canada) have teamed up with children’s author Sylvia Medina (The Green Kids Club series) to develop a new 11-minute animated comedy series for kids 6-12, The World According to Dave. The show’s imaginative adventures are inspired by the make-believe play of Medina’s own young son.

The World According to Dave follows an overly-imaginative 11-year-old boy, who finds an alien device called the IMAGIN-ATRIX that brings his wildest daydreams to life. Using its powers, this pop-culture obsessed kid and his friends take adventures through their favorite comics, video games, movies and more. But, each time Dave rewrites the world, he faces a new challenge that he must overcome in order to reset the Imagin-Atrix.

“It is indeed a pleasure to be working with Aron once again on this uniquely original animated comedy concept,” said Wollos.

“When David and Sylvia brought me the idea for Dave I instantly wanted to be a part of it,” said Dunn. “It’s a riotous celebration of imagination that truly reflects the way kids play and engage with popular culture. I’m thrilled to help build out a world that I’m sure audiences will want to leap into and join Dave on his adventures.”

“I’m delighted to be working with Aron again. I knew he had the epic imagination, unique perspective and ability to make kids laugh,” said Medina. “While the spark of inspiration came from one young boy, together we’ve crafted a series that will appeal to children worldwide and ignite their imaginations.”