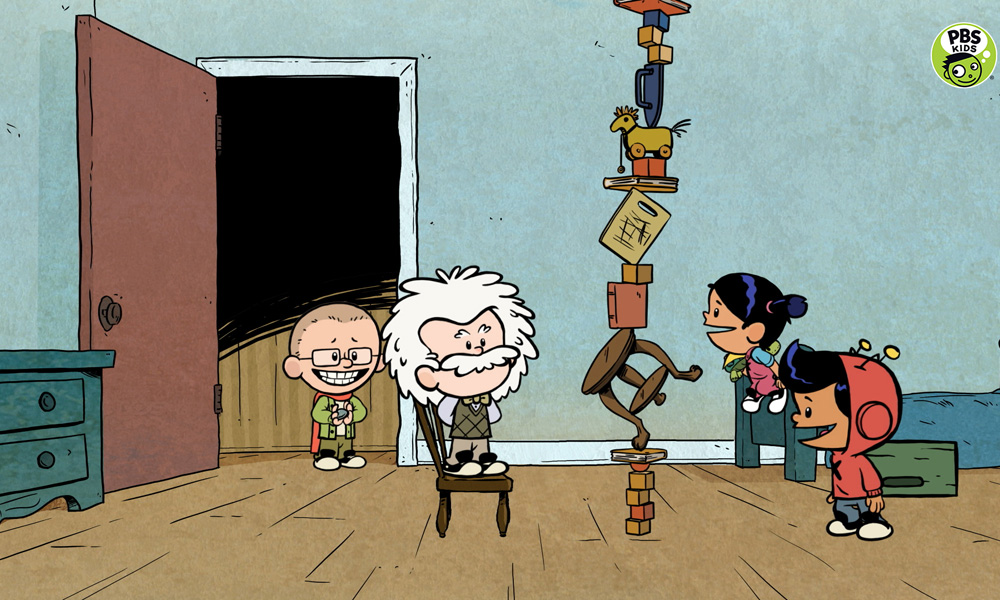 “At PBS KIDS, we always want children to see themselves in our characters,” said Linda Simensky, Vice President, Children’s Programming, PBS. “Xavier Riddle and the Secret Museum aligns with this commitment, showing kids that they can be change-makers through the relatable stories of history’s most iconic figures. Author Brad Meltzer is a visionary storyteller, and we’re thrilled to partner with him and 9 Story Media Group to bring this series to life. We hope that it will help kids across America discover that anyone can change the world.”

Aimed at kids 4-7, the series follows the adventures of Xavier Riddle, his sister Yadina and their friend Brad. In each episode, the three face a problem and must turn to the Secret Museum to help them solve it. The Secret Museum allows the three friends to travel back in time to meet real-life historical figures when they were kids. Each episode is designed to help young viewers make the connection between the attributes that made each historical figure a hero and those same qualities within themselves, helping them to recognize their unlimited potential. Among the world-changing persons to be featured will be Marie Curie, Harriet Tubman, Alexander Hamilton, Susan B. Anthony and Maya Angelou.

“Xavier Riddle and the Secret Museum isn’t just an entertaining educational series, but something much more personal to me. I was determined to give my kids better heroes to emulate,” said author Brad Meltzer. “When my own kids watch this series, I get to see them realize that there’s extraordinary within the ordinary. This was my hope in creating the book series for my kids — and my hope for children around the world. Through this show and the heroes we feature, I hope all children find their own heroic abilities and feel empowered to change the world.”

“We are so excited to share Xavier Riddle and the Secret Museum with the PBS KIDS audience,” said Angela Santomero, Chief Creative Officer for 9 Story. “This series has it all – endearing characters, action-packed adventures, a healthy dose of humor and an important message for kids. We love that it celebrates the idea that kids have the curiosity and adventurous spirit to change the world. This series does just that and inspires us all.”

Produced at Brown Bag Films’ Toronto studio, executive producers on the series are Vince Commisso, Brad Meltzer, Christopher Eliopoulos, Fonda Snyder and Rob Weisbach. The series is directed by Cory Bobiak (Peg + Cat), with Meghan Read (Dot., Dino Dan) in the role of executive story editor. The look of the show is based on Christopher Eliopoulos’ illustrations featured in the Ordinary People Change the World series. 9 Story Distribution International has worldwide distribution rights outside Canada, while 9 Story Brands is managing global licensing and merchandising rights.