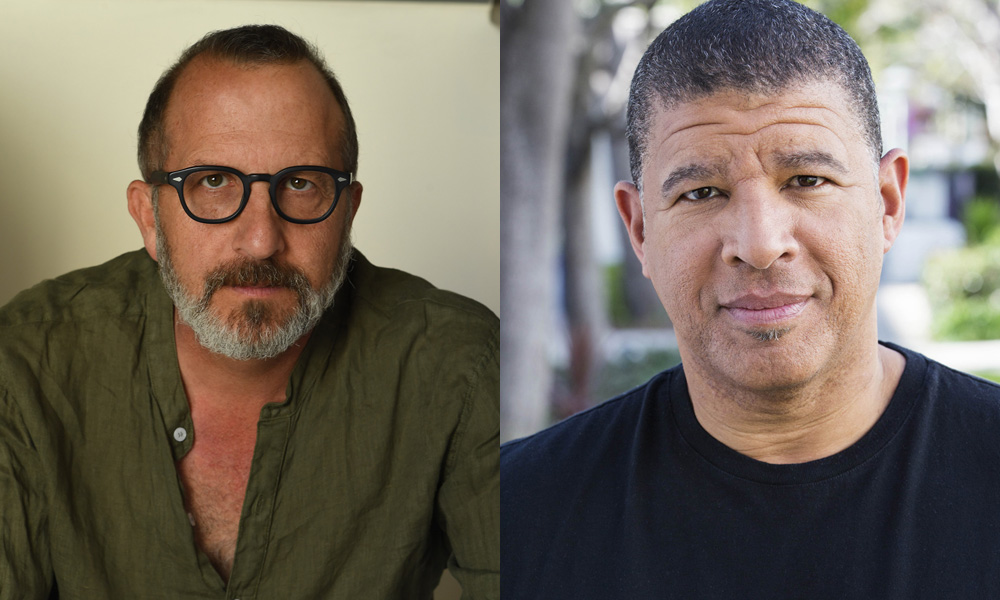 The Cape Town International Animation Festival has announced that Academy Award-winning producer Aron Warner and Academy Award-nominated director Peter Ramsey (Spider-Man: Into the Spider-Verse) have joined the line-up for this year’s event. The 8th annual festival will be presented by Animation SA March 8-10, 2019 at the River Club in Observatory, Cape Town, South Africa.

“We are honored that these two global leaders will be joining us at this year’s Festival. We are extremely grateful to Sony Pictures Animation for their support in making this happen,” said Festival Director Dianne Makings. “Aron will be sharing his immense experience and insights into the global animation industry and discussing the current trends. The Festival is committed to promoting and celebrating transformation in the animation sector. Peter, who was the first African-American director of an animated feature film for a major studio with Rise of the Guardians, and the first African-American director to be nominated for an Oscar in the Best Animated Feature category,will be exploring the topic of diversity in the industry in his talks.”

Aron Warner is a writer and Academy Award-winning producer of the animated blockbusters Shrek, Shrek 2, Shrek the Third and Shrek Forever After. He also produced the critically-acclaimed animated feature The Book of Life. Currently, Warner is developing a number of projects with Sony Pictures Animation.

Warner previously held the post of vice president of production at Twentieth Century Fox, where he supervised production on such films as Independence Day, The Ice Storm, The Crucible, Alien: Resurrection, Volcano and the number two blockbuster of all time, Titanic.

Peter Ramsey is one of the Academy Award-nominated director of Spider-Man: Into the Spider-Verse, which was released in December 2018 by Sony Pictures Animation and was announced as the winner of the Golden Globe for Best Animated Feature Film in January. Additionally, the film has taken home the following awards for Best Animated Film: the Critics’ Choice, the Los Angeles Film Critics Circle, the New York Film Critics Circle, the Producers Guild of America and the Los Angeles Online Film Critics Society.

Ramsey began his career as a storyboard artist on a notable number of live-action feature films, including Bram Stoker’s Dracula, Boyz n the Hood, Minority Report, Being John Malkovich, Fight Club and Ang Lee’s Hulk. He served as second unit director on live-action features including Tank Girl and Godzilla.

Making a transition to the world of feature animation, Ramsey joined DreamWorks Animation as a story artist on Shrek 3, and head of story on Monsters vs. Aliens. He went on to direct the Monsters vs. Aliens TV special Mutant Pumpkins from Outer Space!, after which he directed the 2012 feature film Rise of the Guardians, starring Chris Pine, Alec Baldwin, Jude Law and Hugh Jackman.

CTIAF has become renowned for presenting world-class content, from animated films to insightful talks, workshops and masterclasses as well as providing a unique platform to engage with global industry leaders. The festival also hosts business-to-business sessions, producer events, networking opportunities and government panel discussions in addition to student competitions, a family programme and an outreach initiative.

The full CTIAF program will include internationally acclaimed films, such as African premieres of Mamoru Hosoda’s Golden Globe-nominated Mirai as well as Makoto Shinkai’s romantic fantasy drama Your Name. Also premiering, hot off its debut on BBC One on Christmas Day, is Magic Light Pictures’ Zog, directed by Academy Award nominated director Max Lang and adapted from the book by Julia Donaldson and Axel Scheffler.

CTIAF is presented by Animation SA and is made possible by sponsors the Department of Arts and Culture, the City of Cape Town, Wesgro, Nickelodeon, the High Commission of Canada, The Japanese Embassy and Consulate in Cape Town and the French Institute of South Africa. CTIAF has also partnered with Annecy International Animated Film Festival and Animate Africa.