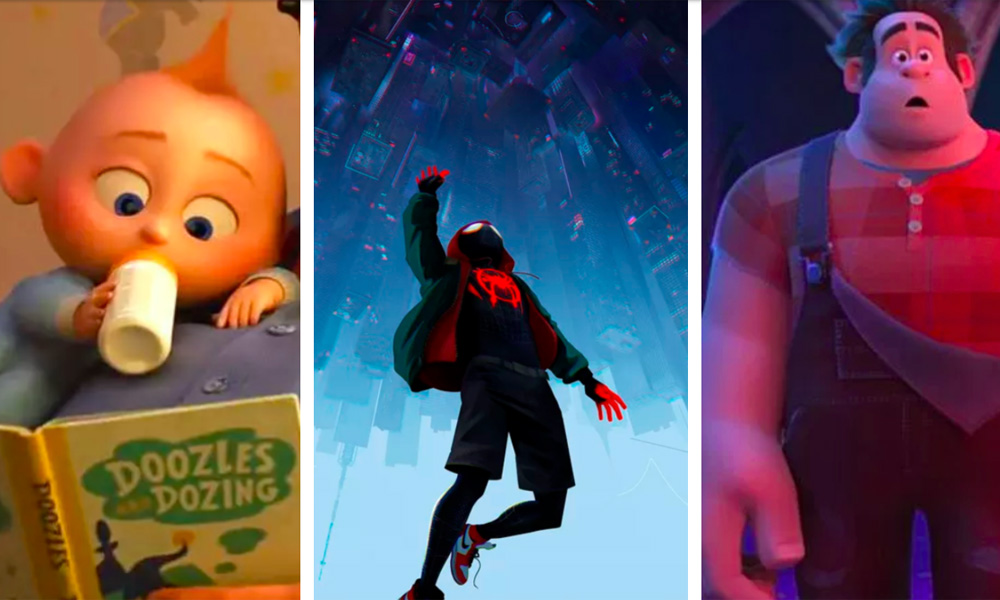 The 46th Annie Awards Shine a Spotlight on Toon Greatness

While it’s true that doing great creative work can be its own reward, receiving a shiny award from your peers in the animation community is also pretty amazing! That’s why we always look forward to the Annie Awards, organized by the Int’l Animated Film Society, ASIFA Hollywood, which is held on February 2 at UCLA’s Royce Hall in Los Angeles.

As ASIFA-Hollywood exec director Frank Gladstone puts it, “A wide choice of animation techniques, a broad selection of subjects, increasingly creative designs and an encompassing representation of films from other countries and various points of view is going to make this year’s Annie Awards an ever more diversified even. Looking at the slate of nominees, I think this year’s decisions will be extraordinary.”

ASIFA-Hollywood president and animation historian Jerry Beck points out, “We had over 16,000 entries this year, which is a record. It reflects the increased activity well beyond the traditional features, TV shows and shorts from independent animators and students around the world. It reflects animated films made for streaming services, the internet, gaming  — even an increased amount of animation sequences contained in live-action movies and television. And the quality of the films is on the increase as well: I can honestly state that each nominee is truly worthy of winning an Annie.”

Beck notes that one of the reasons the Annie Awards is one of the most popular kudofests of the year is its anything-goes atmosphere. “Even though we are dressed up like prom night (I even wear a tux), there is an informal vibe,” he notes. “My favorite aspect is hearing the crowd cheer when they see a nominee on screen just before the award is announced. The joy on the winner’s face when accepting the statue. The after-party, running into colleagues, or old friends I haven’t seen all year. I even like the food! It’s literally the animation industry’s party of the year — and we all know that the coolest people in Hollywood is the animation community.”

Of course, with so many people to recognize in 32 categories (including movies, TV productions, games, shorts, vfx and VR projects) the length of the show remains a concern.

As Beck explains, “Years ago, we put together a team behind the scenes that produce the Annie Awards show, and it has been a pretty smooth production for the last 20 years. We love our home at Royce Hall on the UCLA campus — though we seriously consider other locations, particularly with more seating. But we come back to Royce because the staff there make us so welcome. The only tough thing is trying to schedule the show to fit into a two-and-a-half-hour program. We have so many awards and so little control over the length of recipients’ acceptance speeches. We don’t want to cut anyone off. So, the challenge is trying to get to the post-awards reception before we starve!”

While the Annie Awards is ASIFA-Hollywood’s most high-profile activity of the year, the org continues to do very important work behind the scenes as well, especially in film preservation and securing student scholarships. “The preservation highlights of the last two years will be screened to the public in February at the Hammer Museum in Westwood, California,” Beck tells us. “These include lost Max Fleischer cartoons, and rarely seen Paul Terry Terrytoons and George Pal Puppetoons from the 1930s and ‘40s. Our Animator Educators Forum is now awarding grants to faculty as well as our traditional student scholarships. The AEF Faculty Grant program provides support for individuals or groups with expenditures associated with research and scholarly activity in the field of animation. On top of that, ASIFA is continuing its commitment to open source animation technology; we provided a sponsorship grant to Synfig, a 2D vector graphics animation program.”

Nevertheless, all the behind-the-scenes work pays off for ASIFA’s devoted staff and volunteers. Beck says the best part about being the president of ASIFA is the amazing feedback he gets from the members of the community. “Many are beginning to realize that ASIFA is more than the Annie Awards,” he notes. “We are scholarships, film preservation, animation education, archives and financial aid for our neediest. I’m particularly proud that our animation group is now recognized on par with the Oscars, Emmys and other support organizations that celebrate the art and craft of motion pictures. No longer an outsider — after 46 years, it almost feels like animation and the Annie Awards are an overnight success!”

For more info about the event and to buy your tickets, visit annieawards.org.

Here are some of the 46th Annie Awards nominees in the major categories: