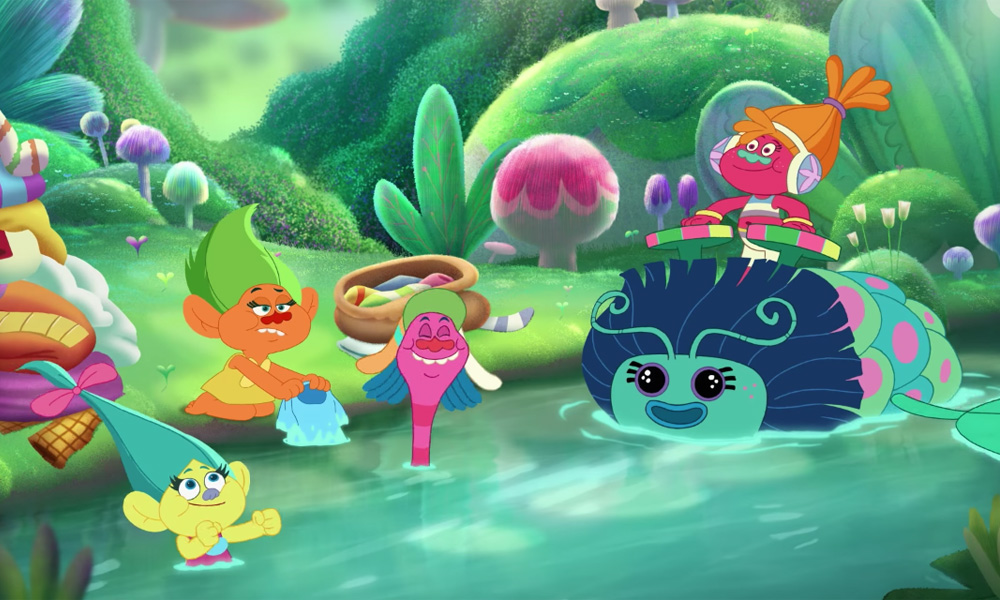 Exclusive Clip: ‘Trolls: The Beat Goes On’ S5 Tunes Up on Netflix

Even more upbeat, toe-tapping adventures, positive vibes and — of course — glitter are on their way to Netflix streaming, as DreamWorks Animation Television prepares to launch the fifth season of Trolls: The Beat Goes On! on Friday, January 18.

To get the party started, the dancing machines at DreamWorks have released a fun clip for Animag readers, in which the local Trolls face their ultimate Achilles Heel: The catchiest song ever created! Scroll down to check it out.

Synopsis: Poppy, Branch and all of Troll Village are back in all new hair-raising adventures in season 5 of DreamWorks Trolls: The Beat Goes On! This season, Queen Poppy decides to create a new Bergen-free Troll anthem, Branch must overcome his fear of birds, Guy Diamond loses his glitter, and all of Troll Village comes together to celebrate the one day it snows with an epic Snow Day. Also, who is Mr. Glittercakes?! Join in on exciting new adventures as the adorable, happy Trolls party like never before in all new-episodes available exclusively on Netflix January 18.