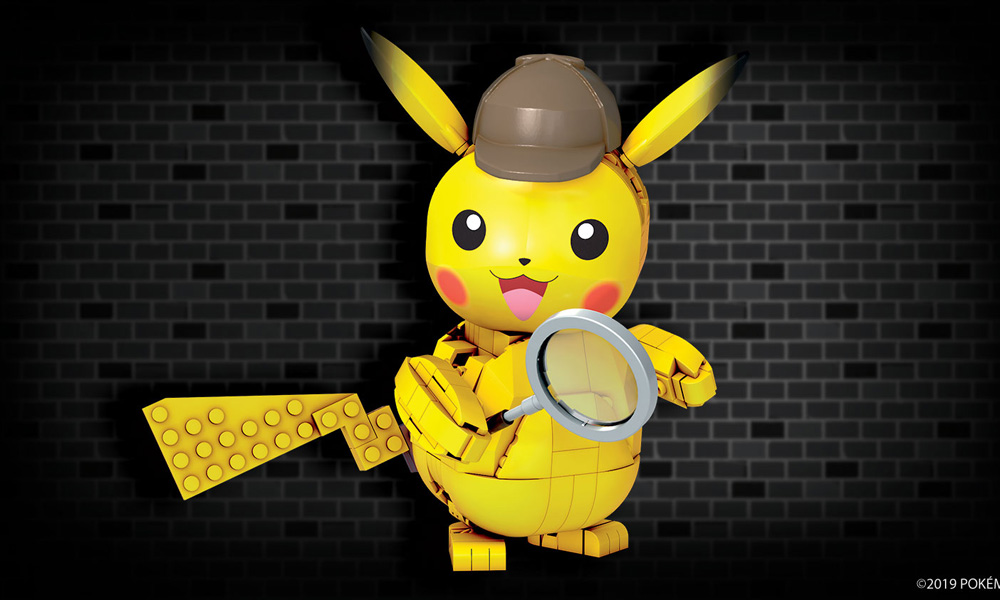 “Pokémon is a global entertainment franchise that has delighted its fans with video games, trading cards, animation, and soon, live-action movies with the upcoming POKÉMON Detective Pikachu,” said Colin Palmer, VP of marketing for The Pokémon Company International. “The merchandise line we’ve developed for the Pokémon Trading Card Game, Pokémon Center, as well as the amazing selection of licensed toys and more celebrates this remarkable milestone for the brand and is sure to delight Pokémon fans of all ages.”

The TCG line and select merchandise will be displayed at The Pokémon Company’s booth (#3049) at the American International Toy Fair (New York City, Feb. 16-19)

The Pokémon Trading Card Game: Four-card booster packs with new packaging based on the look of Ryme City; 26 new cards in all featuring Detective Pikachu, Charizard and other Pokémon as depicted in the movie. First wave out April 5 in NorAm.

Pokémon Center: A wide selection of exclusive new apparel featuring iconography from the movie, as well as unique roleplay and lifestyle items, launching April 2 on PokemonCenter.com, followed by a second series in May.

Wicked Cool Toys, master toy licensee for the Pokémon brand, will offer a series of action figures, plush, and roleplay items that will be available at mass retailers beginning in April:

In addition to the Pokémon TCG, Pokémon Center items, and licensed toys, The Pokémon Company International has developed licensed apparel and home décor through a variety of partners that will be available at mass retailers closer to the movie’s release. There will also be a robust publishing program, including a premium “making of” coffee table-style book from The Pokémon Company International’s in-house imprint, Pikachu Press, offering a behind-the-scenes look at the film production.

Pokémon fans can look forward to more movie merchandise news in the coming months, follow @Pokemon on social media for the latest updates, and join in the #DetectivePikachu conversation online.

Directed by Rob Letterman (Monsters vs. Aliens), POKÉMON Detective Pikachu begins when ace private eye Harry Goodman goes mysteriously missing, prompting his 21-year-old son Tim (Justice Smith) to find out what happened. Aiding in the investigation is Harry’s former Pokémon partner, Detective Pikachu (voiced by Ryan Reynolds): a hilariously wise-cracking, adorable super-sleuth who is a puzzlement even to himself. Finding that they are uniquely equipped to communicate with one another, Tim and Pikachu join forces on a thrilling adventure to unravel the tangled mystery. Chasing clues together through the neon-lit streets of Ryme City—a sprawling, modern metropolis where humans and Pokémon live side by side in a hyper-realistic live-action world—they encounter a diverse cast of Pokémon characters and uncover a shocking plot that could destroy this peaceful co-existence and threaten the whole Pokémon universe.