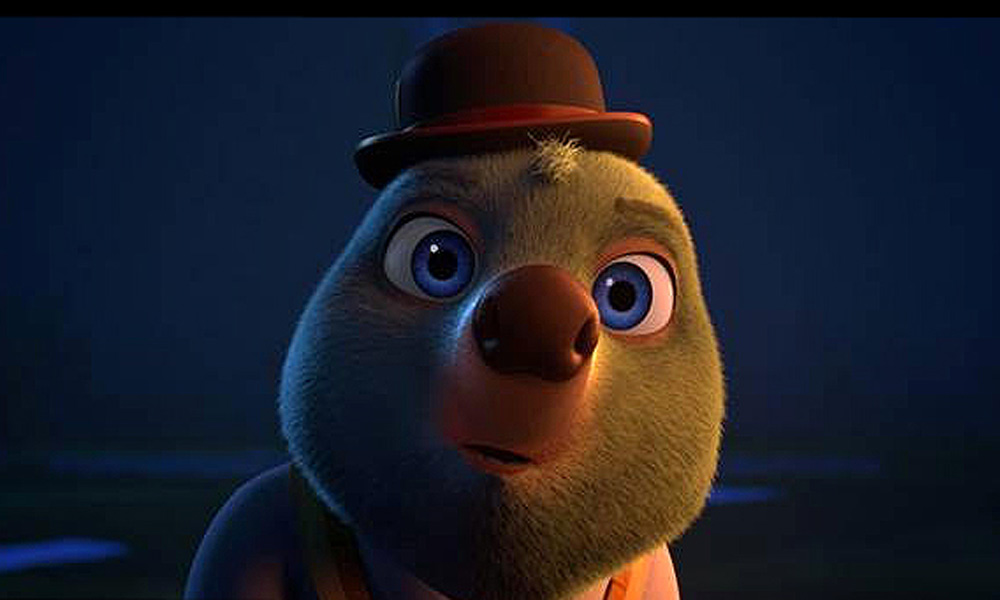 The 30-minute special, based on an original story conceived as a bedtime tale by James Reatchlous, will follows the adventures of a mole who wishes to be the keeper of a magic book which has the power to bring peace between humans and moles.

Master Moley is being directed by Leon Joosen (animator on Space Jam, The Rescuers Down Under, The Little Mermaid, Oliver & Company, et al), from a script by Ricky Roxburgh (Tangled: The Series) and Arthur Landon. Tony Nottage (Saving Santa) of Nottage Productions is producer. London-based CG specialists Cosmo-Giantwheel are providing the animation.

Warwick Davis voices the titular Master Moley, commenting: “I’ve had a fantastic time voicing this lovable and endearing character and I can’t wait for Master Moley to be enjoyed by kids and families for years to come.” Since playing the ewok Wicket in Return of the Jedi, Davis has had roles in several Star Wars adventures — including the recent Solo, The Last Jedi, Rogue One and a recurring voice role in Disney TV’s Star Wars Rebels. He has also been a staple of the Harry Potter films in both live-action and voice-over. Davis will voice Sniff in the upcoming Moominvalley animated series

Julie Walters, who plays Mrs. Moley and The Queen in the special, commented: “It’s going to be fantastic. People are going to love Master Moley and I have loved doing it.” The acclaimed actress has earned double Oscar and Golden Globes nominations for Billy Elliot and Educating Rita, on top of numerous BAFTAs. Walters has provided voices for Brave, Sherlock Gnomes and Gnomeo & Juliet. She can be seen in Mary Poppins Returns and is voicing The Queen in upcoming CG flick The Queen’s Corgi.

Gemma Arterton has in recent years starred in Vita and Virginia, Gemma Bovery and Hansel & Gretel: Witch Hunters. She is also a lead voice in the soon-to-premiere Watership Down animated miniseries and played Shelly in a Turtle’s Tale: Sammy’s Adventure. She is also recording for upcoming animation projects StarDog and TurboCat and Watch the Skies.

Charles Dance has received Primetime Emmy nominations for narrating Savage Kingdom and starring in Bleak House. Among his many live-action credits, he notably played Tywin Lannister in HBO’s Game of Thrones. His voice-over roles include this year’s Godzilla: King of the Monsters, Justin and the Knights of Valour and video game The Witcher 3: Wild Hunt.

Richard E. Grant, nominated for the 2019 Golden Globes for his lead role in Can You Ever Forgive Me?, has provided voices for animated projects including stop-motion indie Jackboots on Whitehall, Tim Burton’s Corpse Bride, Garfield 2 and miniseries Doctor Who: Scream of the Shalka. He recently appeared in The Nutcracker and the Four Realms and has been cast in the upcoming Star Wars: Episode IX.