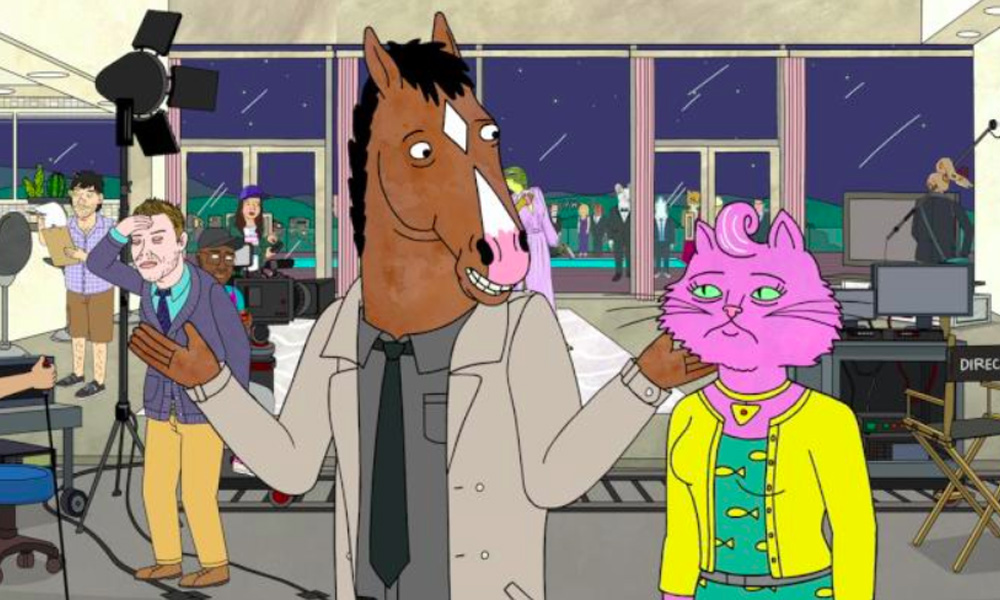 Shout! Factory and Michael Eisner’s The Tornante Company have announced a new strategic distribution alliance to bring BoJack Horseman to the home entertainment marketplace. This new multi-year alliance gives Shout! Factory exclusive Blu-ray and DVD rights to the first four seasons of the Emmy Awards-nominated and critically acclaimed series BoJack Horseman for distribution in the United States, Canada, United Kingdom, and Éire; and seasons two through four for home entertainment releases in Australia and New Zealand. The first five seasons of the are available on Netflix, and season six is set to premiere on Netflix in 2019.

“BoJack Horseman crosses boundaries, defies expectations, challenges, entertains and generally blows your mind, often through laughter,” says Jordan Fields, VP of acquisitions at Shout! Factory. “We intend to give fans something they need to own with great extras and packaging,”

“Passionate BoJack Horseman fans will carry these DVDs around wherever they go, like Linus and his blanket”, says Michael Eisner, Founder of The Tornante Company.

The highly popular series BoJack Horseman revolves around the titular character (voiced by Will Arnett), a legendary but fatally flawed former ’90s sitcom star from the family-favorite sitcom Horsin’ Around, who has been trying to find his way through a muddle of self-loathing, whisky and failed relationships. Now, in the presence of his human sidekick Todd (Aaron Paul) and his feline agent and ex-paramour Princess Carolyn (Amy Sedaris), BoJack is primed for his comeback. The series also stars Alison Brie and Paul F. Tompkins.

BoJack Horseman was created by Raphael Bob-Waksberg. The series is executive produced by Bob-Waksberg, Steven A. Cohen and Noel Bright. Will Arnett and Aaron Paul also serve as executive producers. BoJack was designed by graphic artist Lisa Hanawalt and animated by ShadowMachine. The series is a Tornante Production, brought to life by Michael Eisner’s The Tornante Company.