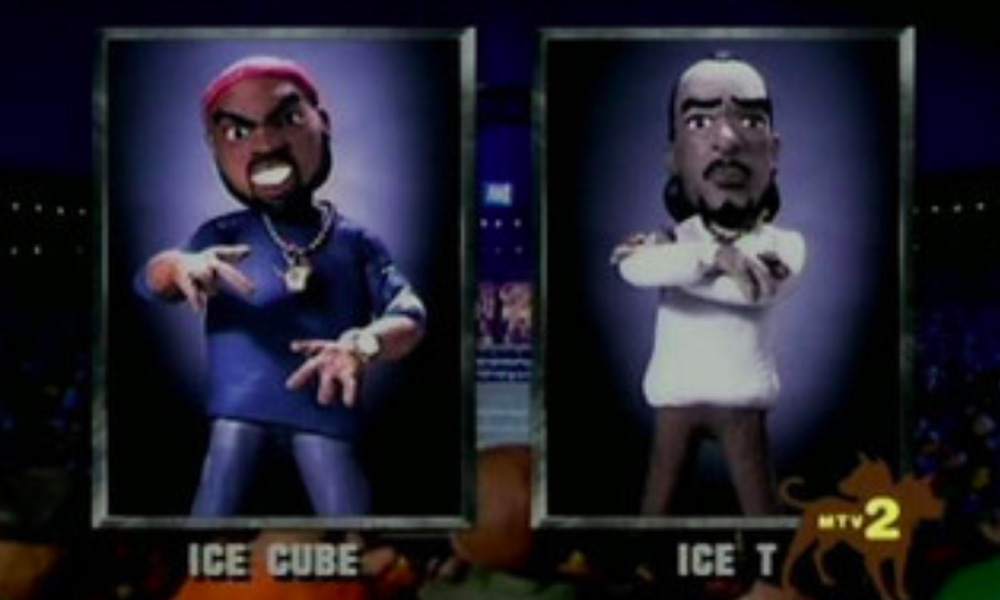 Fans of MTV’s classic claymation favorite Celebrity Deathmatch have reason to rejoice as the studio has announced plans to revive the show, with exec producer Ice Cub and partner Jeff Kwatinetz. Original series creator Eric Fogel (Glenn Martin D.D.S., The Head) will also return to produce the new reboot of the show. The new show will be offered as a weekly series to premium and streaming networks next year.

The original series ran from 1998 to 2002 on MTV, using the deathmatch Claymation format to mock celebrities, politicians and other famous personalities of the time. The show had a revival from 2006 to 2007 on MTV2 (without Fogel), and the premiere attracted 2.5 million viewers, and became MTV2’s highest-rated season premiere.

MTV Studios is focusing on bringing back several of its popular brands from the past few decades. The new slate includes a reboot of the animated series Daria and a live-action version of the animated sci-fi favorite Aeon Flux.

“We’re excited to grow our partnership with Ice Cube and Cube Vision to reimagine this fan favorite,” said Chris McCarthy, President of MTV, VH1 and CMT. “Deathmatch was the meme before memes, remains a hot topic on social media and will be a smart, funny way to tackle the over-the-top rhetoric of today’s pop culture where it belongs – in the wrestling ring.”

“Happy to once again be working with Viacom and MTV on a fan favorite like Celebrity Deathmatch and to continue our success together,” said Ice Cube.