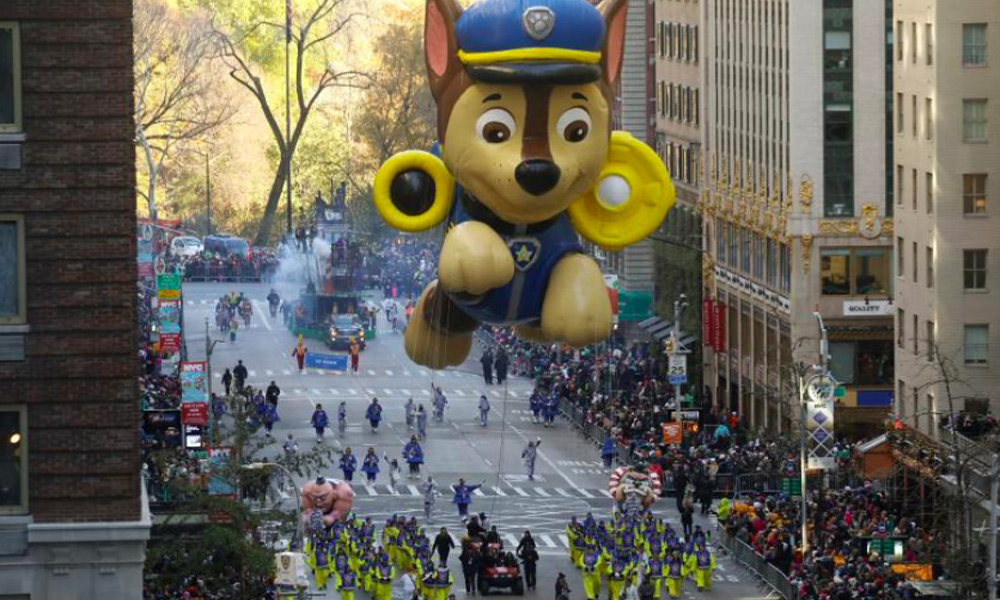 What would Turkey Day be without everyone’s favorite event, Macy’s Thanksgiving Parade—which features many balloon versions of popular animated characters, floating above Manhattan? The tradition, which started in 1924, is billed as the world’s largest parade.

Hosted on NBC by the TODAY Show’s Savannah Guthrie, Hoda Kotb, and Al Roker, the Parade lands in front of Macy’s flagship store on 34th Street. The three-hour Macy’s event will be held beginning at 9:00 a.m and will be televised on NBC and CBS.

This year’s new balloons include:

Little Cloud (Friends with You)

Dr. Seuss’ The Grinch and Max the Dog (Illumination)

Toothless (DreamWorks’ How to Train Your Dragon)