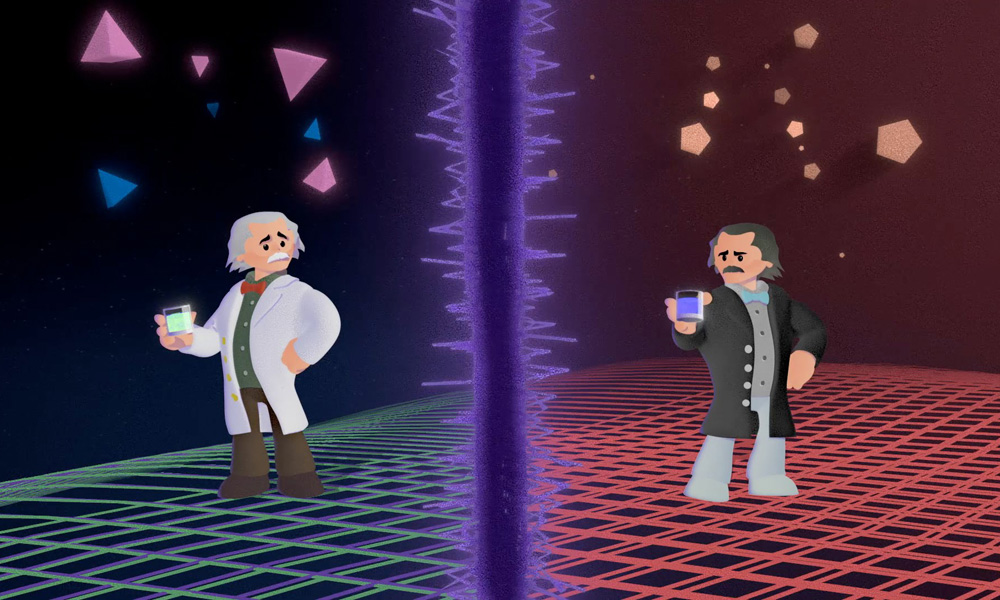 IDW Games Announces Ninja Pizza Party Game
In partnership with Nickelodeon, a new shell-shocking card game is hitting shelves that lets players take on the role of pizza chefs in a race to make the tastiest, most extreme pizzas using crazy ingredients to please the palates of your favorite Teenage Mutant Ninja Turtles characters! Designed for 2-6 players of all ages and designed by Prospero Hall (Harry Potter: Hogwarts Battle, Hullabaloo), Ninja Pizza Party will be released in March 2019 for $19.99.

WATCH: Studio Mir’s First Original Show ‘Koji’
Created with Disney animator Alexander Snow, the studio behind Voltron: Legendary Defender and The Legend of Korra has unveiled a proof of concept for its first IP series. The kids’ fantasy-adventure follows its titular hero after he crash lands on a colorful planet full of incredible alien creatures, where he befriends a giant blue cat named Tako and begins an epic journey to defeat the evil spreading throughout the land.

WATCH: ‘Tropico’ Animated Series Trailer
A new adult-targeted dystopian adventure (12 x 12’) is launching on YouTube in December. Created by Marco Pavone, the series is set in a future world where forests have engulfed the cities and surviving humans have organized in to small tribes fighting to survive in a ruthless world — the most bloodthirsty inhabitant of the Great South is a nine-year-old kid named Vic, who lives alone with his grandfather in a tree. Among the tribesmen is one impostor, however: a man named Sancez sent from the civilized world to accomplish a mission.

WATCH: ‘What Is Time?’
TED-ed and creative studio Nice Shoes for a new animated short that delves into the existence and meaning of “time,” with the aid of an adorably rendered Albert Einstein and a number of Easter Eggs referencing surrealist art and classic sci-fi films. Director Harry Dorrington worked with design director Dino Qiu to develop an illustrated, 2D style for the piece, which parallels the subject by moving the viewer forward through the story without edits. Nice Shoes also engaged Animanistan and director of animation Nikola Vulovic to accomplish the complex animation.

“The concept was very inspiring, and presented us with a rare opportunity to tell a story with a brand that wasn’t tied to a particular product. To match the fluid nature of time we wanted to explore this concept in a way that was innovative and engaging,” said Dorrington. “When you cut, you have the ability to jump through time and space. We thought it would be interesting to embrace the linear nature of time and take the audience through the piece with one continuous shot.”

“We utilized bold, bright colors, which helped in conveying the passage of time from day to night, throughout the seasons, and to imagine an alternate universe Einstein who exists in a reality where time flows in reverse,” said Qiu. “Working with this palette was key to making these complex concepts accessible to a wide range of viewers.”