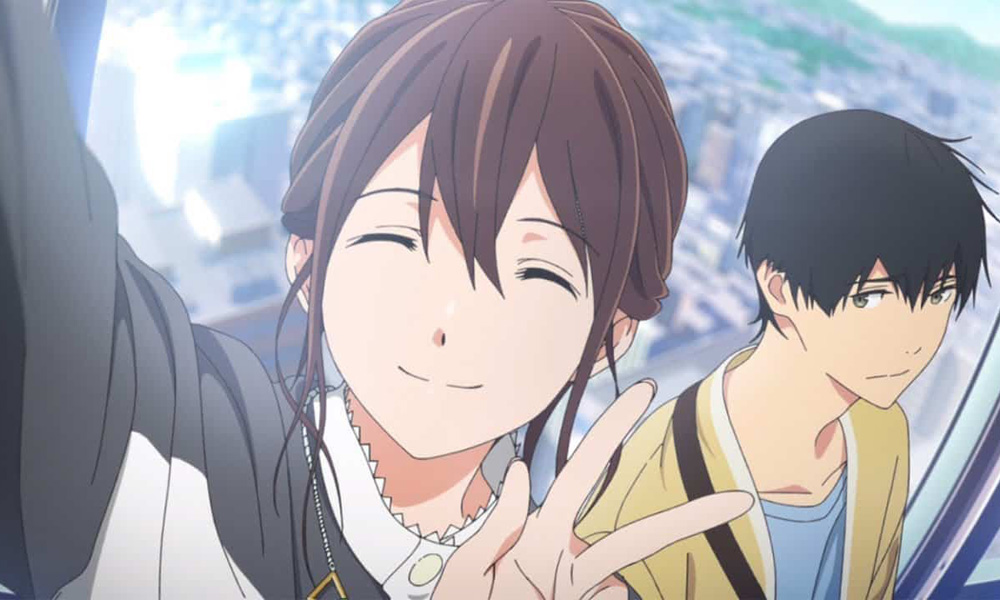 February will offer a sweet Valentine to anime fans as Fathom Events and Aniplex of America partner to bring the uplifting (though curiously titled) coming-of-age tale I want to eat your pancreas to theaters. Based on the award-winning novel by Yoru Sumino, the film won over millions of Japanese moviegoers and will now screen in more than 400 U.S. cinemas on Thursday, Feb. 7 at 7 p.m. (subtitled) and Sunday, Feb. 10 at 12:55 p.m. (English dub).

“I am pleased to be able to share this beautiful story to everyone living in the U.S.,” said Aniplex of America president, Shu Nishimoto. ”This film captures both the beauty of Japan’s landscape as well as the beauty in growing up. I hope the film gives everyone a renewed appreciation for life and the people that shape our life choices.”

I want to eat your pancreas beautifully explores the relationship between the terminally ill Sakura and the unnamed protagonist, “Me,” as they embark on an emotional journey during an unforgettable spring. As these two opposites try to learn to find happiness, they in turn discover the true meaning of compassion. Screening attendees will also view exclusive extra footage, including interviews with the cast and crew.

The engagement will mark the premiere of the English-language dub, which is voiced by Robbie Daymond (Sailor Moon, Digimon Adventure tri.) and Erika Harlacher (Fate/Apocrypha, Violet Evergarden) as the two main characters, along with Kira Buckland (Blue Exorcist, Durarara!!x2), Kyle McCarley (Fate/stay night [Unlimited Blade Works], DEVILMAN crybaby) and Dorah Fine (Magi: The Kingdom of Magic). Making her directorial debut is voice actress Erica Mendez (KILL la KILL, Your Lie in April) who has signed on to handle the voice direction in addition to composing the English adaptation of the heartwarming film.

“We are excited to once again partner with Aniplex of America to bring this highly anticipated title to the U.S.” Fathom Events CEO Ray Nutt said. “It is a wonderful story and appeals to people in all walks of life.”