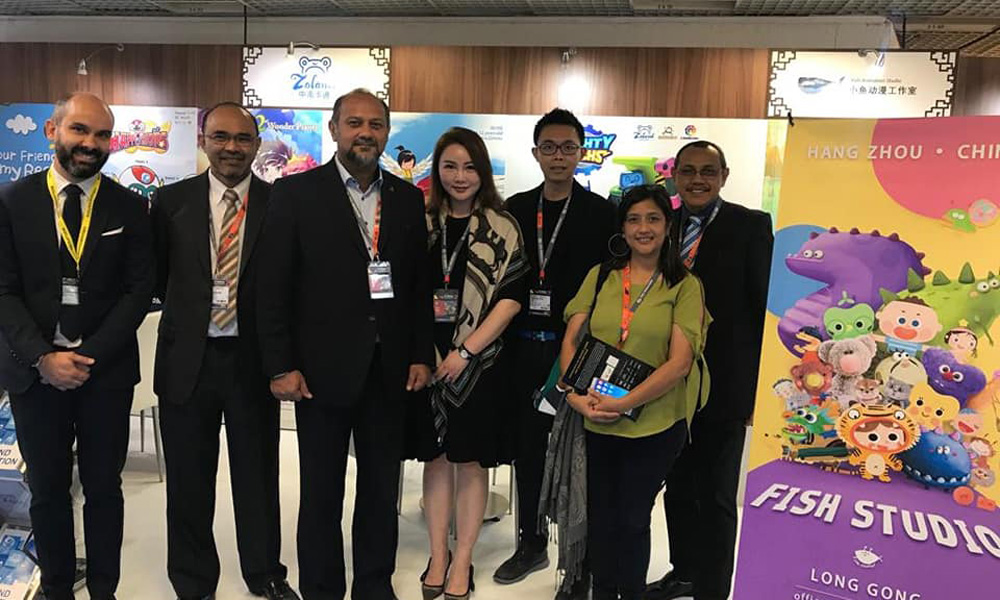 Award-winning Malaysia-based Animasia Studio (Chuck Chicken, Harry & Bunnie, Bola Kampung) has formed a partnership with Zoland Animation in China to co-produce the new CG-animated series Mighty Mechs. The original concept was developed by Zoland, based in Hangzhou, which has a strong track record of placing animated properties across linear broadcast and VOD platforms.

Mighty Mechs (Season 1 52 x 11’) is an environmentally-themed comedy adventure aimed at preschoolers. Animasia’s Los Angeles team will lead pre-production, while Zoland will handle the 3D CG animation. The first season is slated for completion by 2020.

The show follows Zoey, a young leader of a team of four fearless robots — Dozer, Echo, Clay and Boomer — tasked with fixing environmental troubles on every scale, from mending a broken dam to finding a new home for a family of endangered birds. Their missions sometimes take them to different countries where they interact and learn about other cultures. Their goal is to not only save the environment but also to spread the word about protecting it. The robots have distinct personalities and skills. Dozer is the earth and geography expert. Echo communicates with animals and insects. Clay excels at construction and demolitions, and Boomer is the transportation specialist.

“Mighty Mechs has huge potential for success as it will be playing an important role in passing on important messages to the new generation of society where the need for Environment Protection and Conservation is a responsibility for everyone,” said Edmund Chan, Managing Director of Animasia Studio Sdn Bhd.

Animasia also announced production of a second season of Chuck Chicken with a new theme: “Chicken & Egg It’s Not a Problem.” Fans can return to Rocky Perch Island for more wacky adventures of best friends Flick and Wing as they battle against the villainous Dr. Mingo, Dee, Don and Dex, as well as the sinister Emperor.

S2 will reveal three brand-new super powers locked inside the golden egg: Gorilla Strength, Tiger Claw and Lion Roar. Chuck can now move and lift objects way beyond his size like a gorilla, retract razor sharp claws like a tiger and unleash an ear piercing sonic roar like a lion. The new season, targeting for completion in 2020, will also focus on building more emotional attachments with the characters and further elevating the comedy elements.

Chan commented: “We are delighted to announce the forward plans for Chuck Chicken as we saw great success for the series as it aired over many continents. Additionally, with our Los Angeles team of writers contributing creative ideas to further enhance Season 2, we are confident that fans of Chuck Chicken will be thrilled to watch the new episodes!”