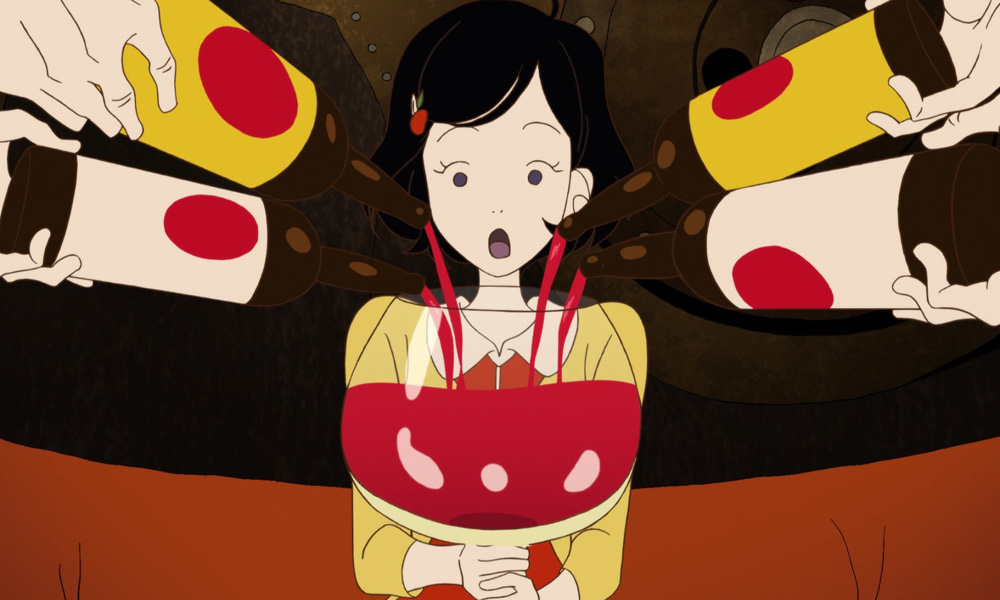 The fizzy, surreal streetlife story The Night Is Short, Walk on Girl — another acclaimed feature from anime auteur Masaaki Yuasa (Mind Game, Lu Over the Wall) — is coming to Blu-ray + DVD combo pack on January 29, 2019 from GKIDS and Shout! Factory. Winner of the 2018 Japan Academy Prize for Best Animated Feature as well as the 2017 Ottawa Int’l Animation Festival Grand Prize for Features, the film received a U.S. theatrical release this summer via GKIDS and Fathom Events.

Bonus features on the combo pack release are an interview with director Masaaki Yuasa, trailers and TV spots.

From the visionary mind of director Masaaki Yuasa comes a free-wheeling comedy about one epic night in Kyoto. As a group of teens go out for a night on the town, a sophomore known only as “The Girl with Black Hair” experiences a series of surreal encounters with the local nightlife… all the while unaware of the romantic longings of Senpai, a fellow student who has been creating increasingly fantastic and contrived reasons to run into her, in an effort to win her heart. Featuring boundless imagination and visual wit, The Night Is Short, Walk on Girl is a celebration of the unconventional, confusing routes that life and love can take, from one of the most exciting voices in anime today.