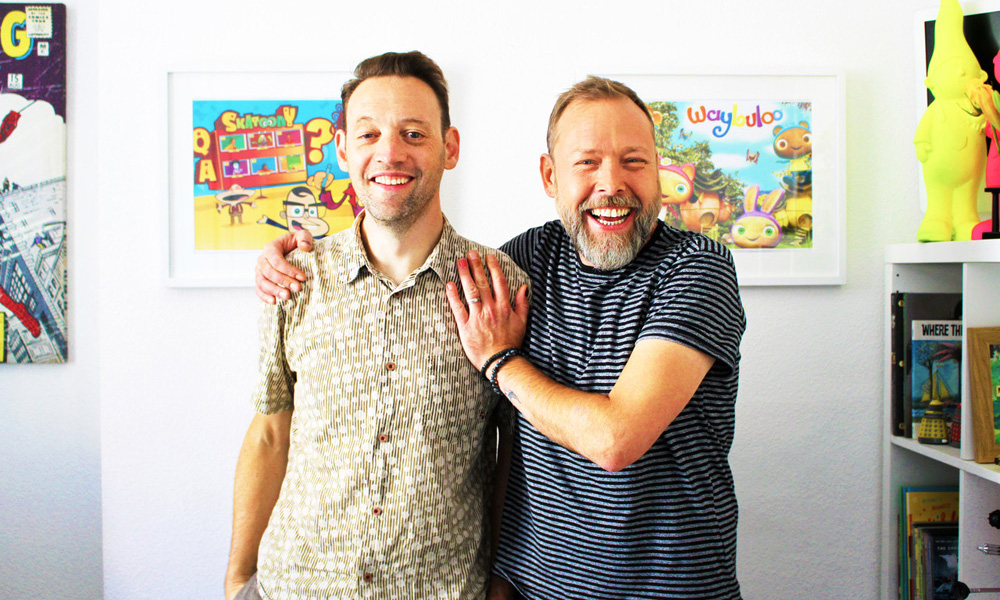 Daniel Good (creator of CBeebies’ Waybuloo) and James Fox (creator of Cartoon Network’s Skatoony) are putting their 30 years of combined experience in kids’ entertainment into a new development and production studio dubbed One Good Fox. The outfit offers expert know-how, development and production services for content aimed at preschoolers to teens.

Based in Worthing, West Sussex, the studio is a hub for writers, designers and producers where Good and Fox develop their own IP and as well as projects for third parties, write scripts, storyboard, consult and produce content.

“Opening the studio in Worthing is really exciting; Worthing is a very up and coming town with many creative businesses now choosing to be here as opposed to Brighton. And when we need a break, we can go and sit on the beach!” said Good.

Fox said, “We’re both really excited about our new venture. We share the same enthusiasm for creating quality kid’s content and have a really special and complementary working relationship. We also happen to be having a really fun time!.”

Daniel Good is a seasoned development producer and showrunner. After creating the BAFTA-nominated CBeebies series Waybuloo (150 x 20’), he went on to create and produce two seasons of Wissper (104 x 7’) for Channel 5 / Nickelodeon, and Floogals (52 x 11’) for Channel 5 / Sprout. Good now lives on Shoreham Beach, where he cooks up both delicious vegan food and brand-new, exciting kids entertainment concepts.

While at Turner Broadcasting, James Fox found success both online and on-air, picking up a BAFTA for Best Entertainment Website as creative lead at Cartoon Network’s EMEA Interactive department. As Turner EMEA’s on-air Director of Original Production & Development, he earned a further BAFTA nomination for live-action/animation quiz-style sitcom Skatoony (104 x 22’), which he produced, directed and exec produced. Since leaving Turner, Fox has focused on creating, developing and producing content as an independent in Sussex, with the support of his wife, Nina and their three very creative children.