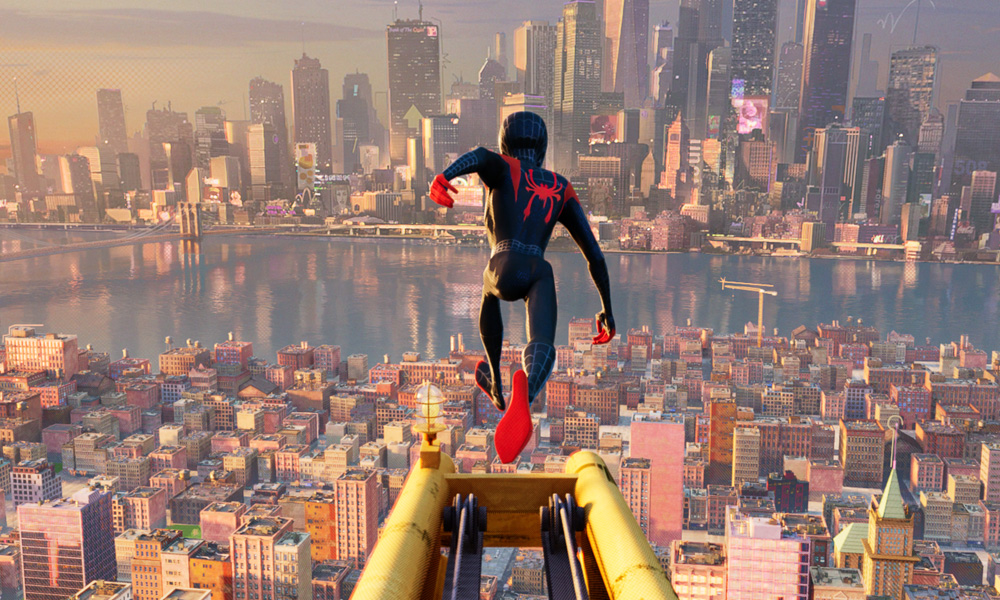 Trailer: Worlds Collide in Sony’s Comics-Styled ‘Spider-Man: Into the Spider-Verse’

In case you weren’t 100% stoked to see Sony Pictures Animation’s new stunningly animated, action-packed, comical and dimensionally mixed-up feature film Spider-Man: Into the Spider-Verse, the latest official trailer should be enough to convince you. In it, we get to see more of the Spider-People (and pig) who end up in Miles Morales’ Brooklyn, get a taste of the sci-fi explosions and web-slinging feats that await, and a good mix of laughs and heartwarming family moments.

The movie arrives in theaters nationwide on December 14.

Synopsis: Phil Lord and Christopher Miller, the creative minds behind The LEGO Movie and 21 Jump Street, bring their unique talents to a fresh vision of a different Spider-Man Universe, with a groundbreaking visual style that’s the first of its kind. Spider-Man: Into the Spider-Verse introduces Brooklyn teen Miles Morales, and the limitless possibilities of the Spider-Verse, where more than one can wear the mask.

The film is directed by Bob Persichetti, Peter Ramsey and Rodney Rothman from a screenplay by Phil Lord and Rothman; story by Lord. Producers are Avi Arad, Phil Lord, Christopher Miller, Christina Steinberg and Amy Pascal, with Stan Lee, Brian Michael Bendis and Will Allegra as executive producers.