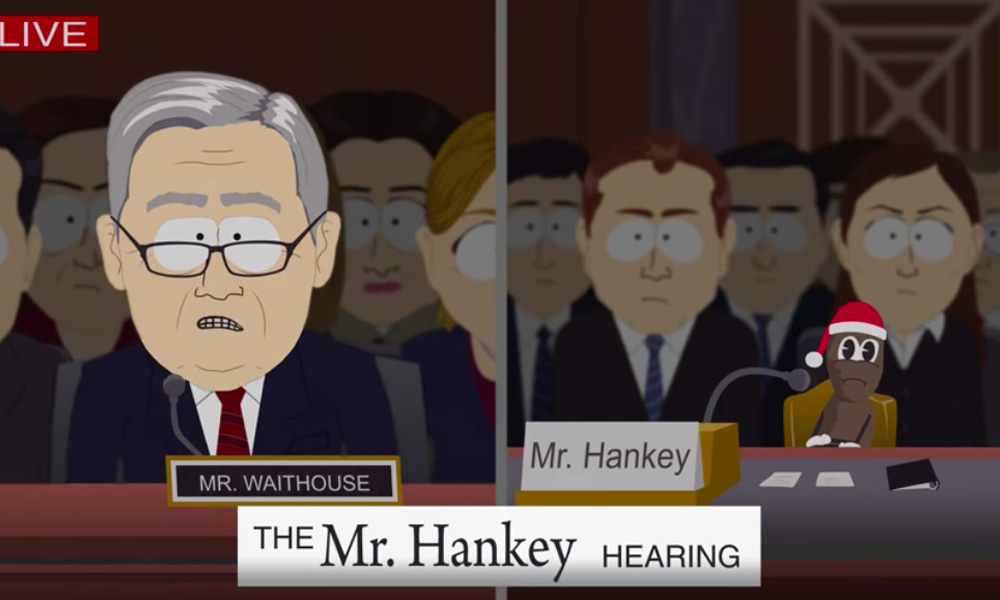 ‘South Park’ and Mr. Hankey Laugh at the Kavanaugh Hearings

“Mr. Hankey, 14 years ago, did you, or did you not, say everyone in South Park is a ‘goddam douchebag’?” asks Mr. Waithouse in the episode, which airs Wednesday night. “Yes, that was a bad attempt at a Christmas joke,” Mr. Hankey responds .“But there is nothing in that statement about Christmas,” Waithouse says. “That’s what I said,” Mr. Hankey replies. “It was a bad attempt.”

The premiere episode of South Park tackled the sad state of school shootings and gun laws in the United States, while last week targeted the grave problem of Catholic priests abusing young children.The new episode tackles the Kavanaugh confirmation hearings as well as The Simpsons’ controversy set off by Hari Kondabolu’s documentary The Problem with Apu.

South Park “The Problem with a Poo” airs Wednesday at 10 p.m. ET. on Comedy Central.