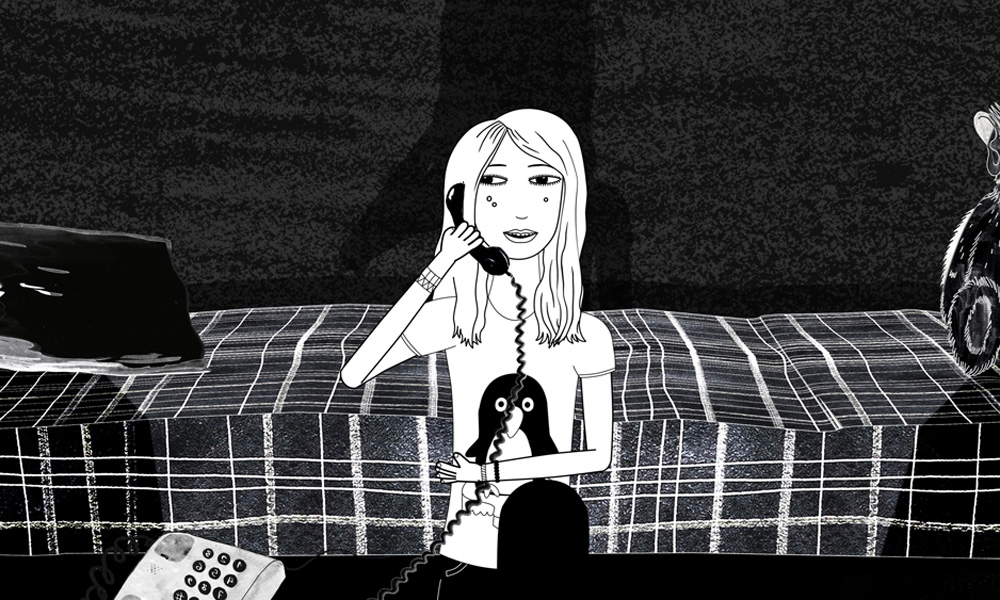 Among the on-screen highlights this year are U.K.-made stop-motion feature Night of the Trampires — a high-octane, ‘80s actioner style comedy-horror — followed by Q&A with director Mike Mort; and This Magnificent Cake!, an anthology telling the story of five characters in colonial Africa in 1886: a worried king, an ageing pygmy, a failed businessman and a young deserters, also followed by a Q&A with co-director Marc James Roels.

Annecy Feature Film Cristal winner Funan will share the story of a young woman trying to survive the violent Khmer Rouge regime of 1970s Cambodia. Santiago Caicedo’s Virus Tropical presents a coming-of-age story from the perspective of a girl growing up between Ecuador and Colombia, adapted from the graphic novel memoir of Powerpaola. And Tito and the Birds explores the culture of fear through one young boy’s quest to save the world.

Audiences will also take in Smallfilms on the Big Screen, a selection of the studio’s classic TV titles; a Barry Purves Retrospective; Wes Anderson’s Isle of Dogs; and the results of the 48-hour Anijam challenge.

Masterclasses and making-of sessions will cover 40 Years of Barry Purves with an appearance by the acclaimed British filmmaker; Locksmith Animation, the U.K.’s only high-end family feature CG studio which is currently prepping Ron’s Gone Wrong for 2020; sponsor Blue Zoo on its real-time rendering in CG with current projects; Framestore senior animator Prajakta Nadlaskar’s work on Guardians of the Galaxy Vol. 2, Fantastic Beasts and Where to Find Them and The Martian; arts collective The Line’s short films and commercials; The Highway Rat with director Jeroen Jaspaert; and the making of Isle of Dogs with head painter Roy Bell and animator Tim Allen.

This year’s panels include Animated Women UK, with a Tips and Hits sessions sharing the stories of successful women in the industry; Smallfilms Stories, celebrating the genre-defining work of British kids TV pioneers Peter Firmin and Oliver Postgate (Ivor the Engine, Clangers, Bagpuss); In the Frame: Educating Animators; Getting Your Film Seen; and Making It in Manchester, highlighting the local leaders of this U.K. animation hotspot.

New in 2018 is a series of Q&As called Animated Answers, presented in partnership with Brown Bag Films. These four sessions will give established and aspiring animators the chance to ask experts how to get ahead and find their ideal place in the animation industry. Discussion topics will cover what makes the perfect animator, production pipelines, what size of studio suits you, and switching specialties.

This year’s Film Awards (presented Thursday, Nov. 15 by Barry Purves) celebrate some of the best animated short films from around the world, with 69 films screening in competition from 19 different countries. These cover Short Films, Commissioned Films, Immersive Films and Student Films. The Industry Excellence Awards will toast individuals in the industry who excel in Character Design, Scriptwriting, Storyboarding and Character Animation. There is a series of IEA workshops to accompany this strand.

Off stage, attendees can see the Chuck Steel and his undead puppet foes at the Meet the Trampires exhibit, check out Darren Nixon’s site responsive work Coming soon to your screen (up Nov. 9-Jan. 6, 2019) which turns the exhibition space into a slow-moving wall drawing to become an animated short for Push Festival; and the return of Skwigly’s super popular animation quiz. MAF is also planning a Family Day program for Sunday, which will include Short Films for Children, and Scratch ‘n Sniff Cinema presents Wallace and Gromit: The Curse of the Were-Rabbit.