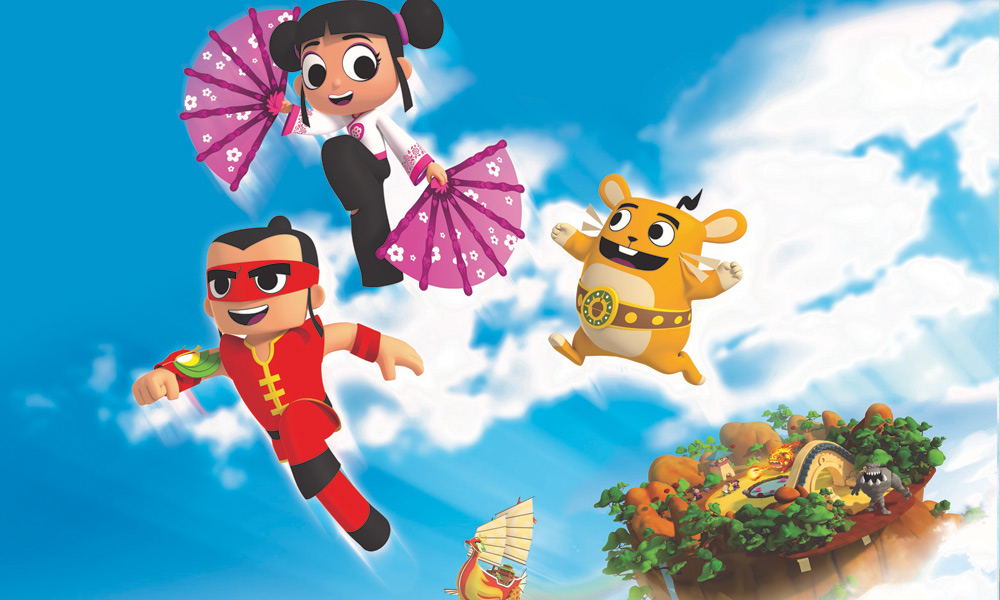 Paul Robinson, Imira’s CEO, commented, “These exciting brand new shows including originals, co-productions and acquisitions are part of our strategy to bring to the market comedies and preschool content designed for digital and broadcast platforms that will delight and entertain kids and families worldwide.”

Mondo Yan (52 x 12’, kids 5-8) follows the comical adventures of three unlikely and awkward heroes entrusted with the mission to save humanity and protect the balance of nature and harmony from an unscrupulous underworld leader and his less-than-intelligent band of misfit mutant monsters.

Miniforce X (52 x 13’), the second season of the successful Miniforce IP produced by SAMG, follows the adventures of the dynamic commando force with special transformational powers and on a mission to protect small and helpless animals.

Spy Penguins (26 x 5’) is an action-comedy animation series tells the story of Rooky, Texture and Roborobo coming together to confront the evil Big Boss and his subordinates in Paris. They deploy innovative weapons, drive cool cars, and work together to accomplish their mission. Spy Penguins is a high- quality animation series for the whole family with large doses of comedy, adventure, action, and fun.

Dee Dee, The Little Sorceress (52 x 11’), a fantasy-adventure series co-produced by Toonz and Neon Creation, is set in a delightful pop-up style world which focuses on the three main values of friendship, tolerance and solidarity.

The Story of Bookworm Gogo (104 x 5’), co-produced by Toonz and Xrisp, is an imaginary book adventure which cultivates young kids’ ability to think and act for themselves through the world’s most well-known children’s stories.

Sindbad and the 7 Galaxies (26 x 11’), a fully-completed space comedy-adventure produced by Toonz Media Group, follows schoolboy Sindbad and his trusty team who embark on galaxy-saving adventures from the enemies of nature.