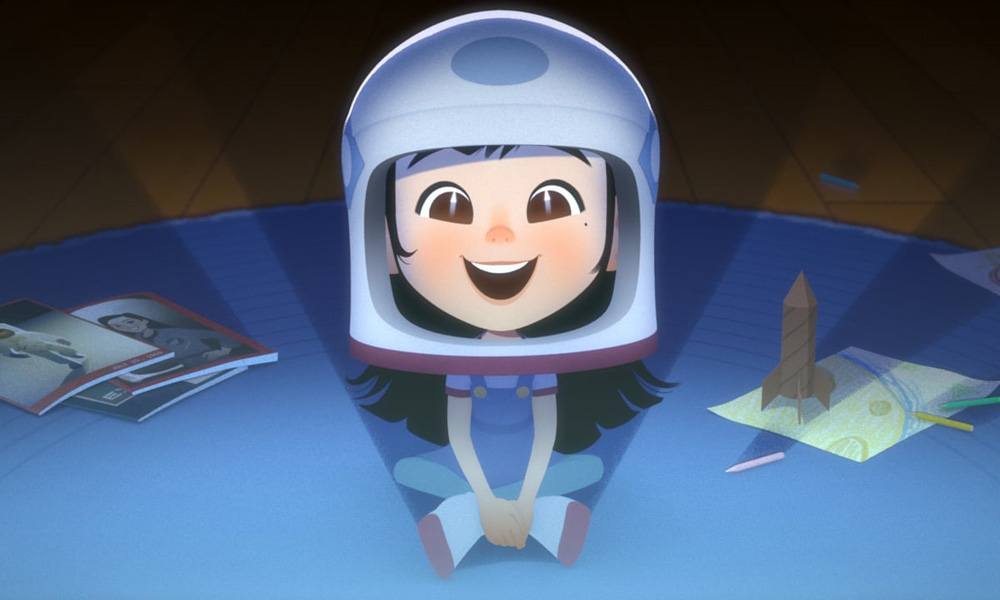 Roughly 11 months after being announced as TAIKO Studios’ first project, the multi-award-winning, heartstring-pulling short film One Small Step is blasting off online. The film is available on TAIKO’s Vimeo, YouTube and website.

Synopsis: Luna is a young Chinese American girl who dreams of becoming an astronaut. From the day she witnesses a rocket launching into space on TV, she is inspired to reach for the stars. Luna lives with her loving father, Chu, in the big city. He supports her with a humble shoe repair business he runs out of his garage. As Luna grows up, she faces all kinds of challenges in pursuit of her dreams.

Among One Small Step’s several accolades, the film was named the Audience Choice Award winner at SIGGRAPH 2018, Best in Festival at Intendence, and the Grand Prize Winner of the Rhode Island International Film Festival.