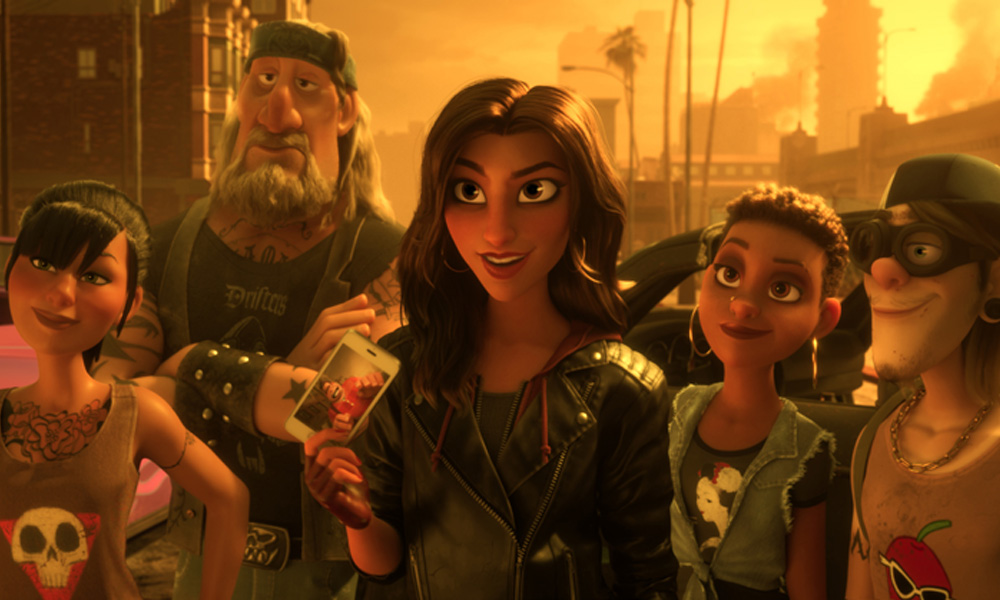 Trailer: ‘Ralph Breaks the Internet’ Goes Off the Track

In a revved up new trailer for Disney’s upcoming pop-culture-fueled sequel Ralph Breaks the Internet (November 21), we follow the bulky former baddy Ralph (voiced by John C. Reilly) and his sweet li’l buddy Vanellope (Sarah Silverman) deeper into the net, meet the crew of a hardcore street racing game, and enter the Dark Web!

Plus, there’s plenty more instances of meme humor and Disney-Pixar Easter eggs … There are probably going to be Buzzfeed listicles about this movie until 2038.

Also making a first appearance in the new spot is Double Dan: a massive, slimy and super creepy dude with a second head (“Little Dan”) on his neck, voiced by Alfred Molina, who was recently heard as the sinister Lasombra in Hey Arnold! The Jungle Movie.