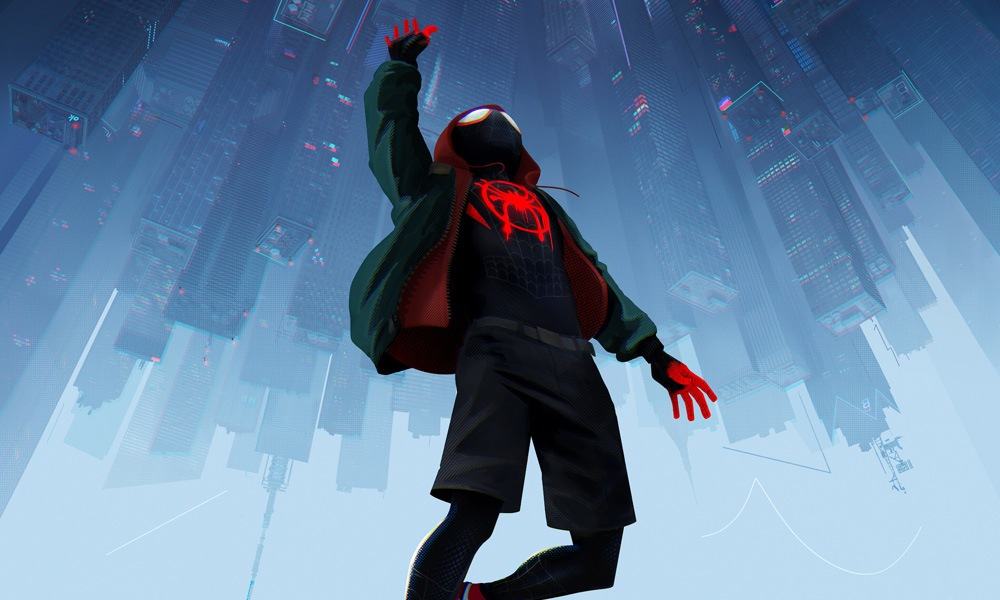 Face front, true believers! Sony Pictures has confirmed that its upcoming, all-animated Spider-Man: Into the Spider-Verse will be participating in New York Comic Con next month (Oct. 4-7). The news was revealed in the pan-dimensional-Spidey group chat, as you can see below.

Dang kids, always on their phones.

On Saturday, October 6 at 11:30 a.m., fans can join cast members and filmmakers from the highly-anticipated movie for a look inside the limitless possibilities of the Spider-Verse! Presented by Sony Pictures Entertainment in association with Marvel, at the Hulu Theater at Madison Square Garden.

Synopsis: Phil Lord and Christopher Miller, the creative minds behind The LEGO Movie and 21 Jump Street, bring their unique talents to a fresh vision of a different Spider-Man Universe, with a groundbreaking visual style that’s the first of its kind. Spider-Man: Into the Spider-Verse introduces Brooklyn teen Miles Morales, who discovers the limitless possibilities of the Spider-Verse, where more than one can wear the mask. Miles must team up with Spideys from multiple parallel dimensions to stop a force which threatens all of reality.