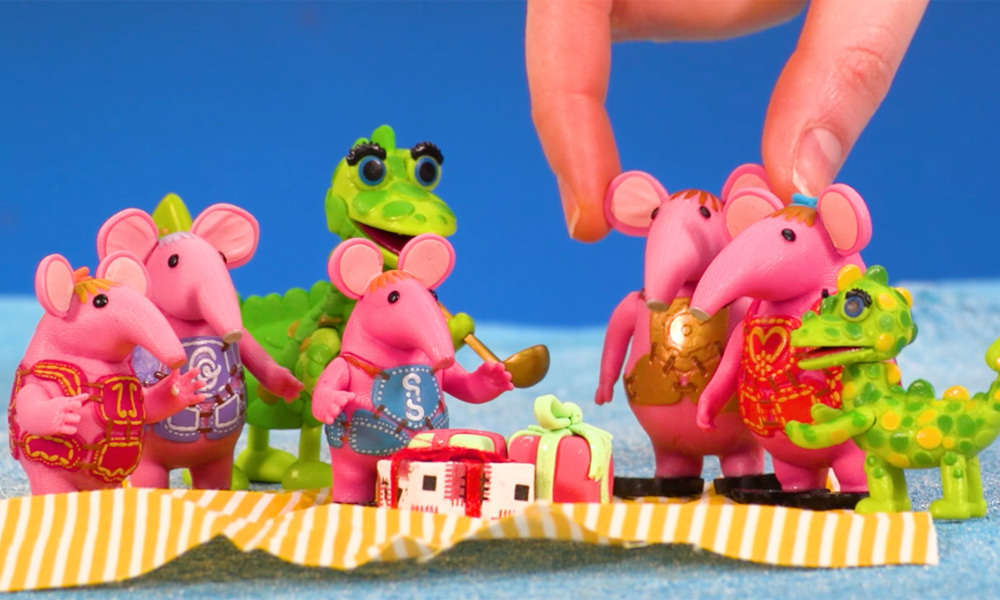 Digital kids’ network & studio WildBrain has been tapped by international indie media group/rights owner Coolabi Group to produce an original, 10-episode YouTube toy-play series for the beloved preschool brand Clangers, following a successful pilot earlier this year. As part of a two-year global agreement, under which WildBrain exclusively manages all Clangers content on YouTube, the studio has also been charged with managing strategy for the new series on the platform, with the aim of expanding the brand’s international audience.

The new Clangers narrative toy-play series is set to launch later this year and will stay true to the show’s much-loved topics of kindness, problem-solving, creativity, family and music. In addition, some of the episodes are linked with key celebrations and sporting events. The brand’s latest content is expected to launch on the official Clangers channel in time for Halloween 2018.

“Clangers is a wonderful example of a preschool property with a strong UK heritage that is now reaching global audiences on YouTube through new content,” said Jon Gisby, Managing Director, WildBrain. “Since taking over channel management earlier this year, WildBrain has doubled the YouTube audience for Clangers and our viewing data shows strong potential for additional international growth. WildBrain Studios are excited to begin work on a new toy-play series for Clangers fans around the world to enjoy on YouTube.”

Jeremy Banks, Chief Executive, Coolabi Group, commented: “We are over the moon to be partnering with WildBrain in bringing our magical brand, Clangers, to even more new audiences across the globe. The YouTube channel is really starting to increase the visibility and footprint of Clangers on the platform. With the Clangers’ 50th anniversary approaching in 2019, we have a really exciting 12 months ahead and the new toy-play series is set to be one of the many new adventures we are taking the brand on to celebrate!”

Clangers originally aired on the BBC from 1969-1972, and returned to the BBC to huge fanfare 46 years after its initial debut in 2015. Co-produced by CBeebies, Coolabi Group and Smallfilms, the new Clangers series premiered on preschool channel CBeebies, and was also picked up by Sprout and Netflix in the US. The highly popular update has won numerous awards, including a 2015 BAFTA for Best Preschool Animation, and a 2017 Kidscreen Award for best animation.