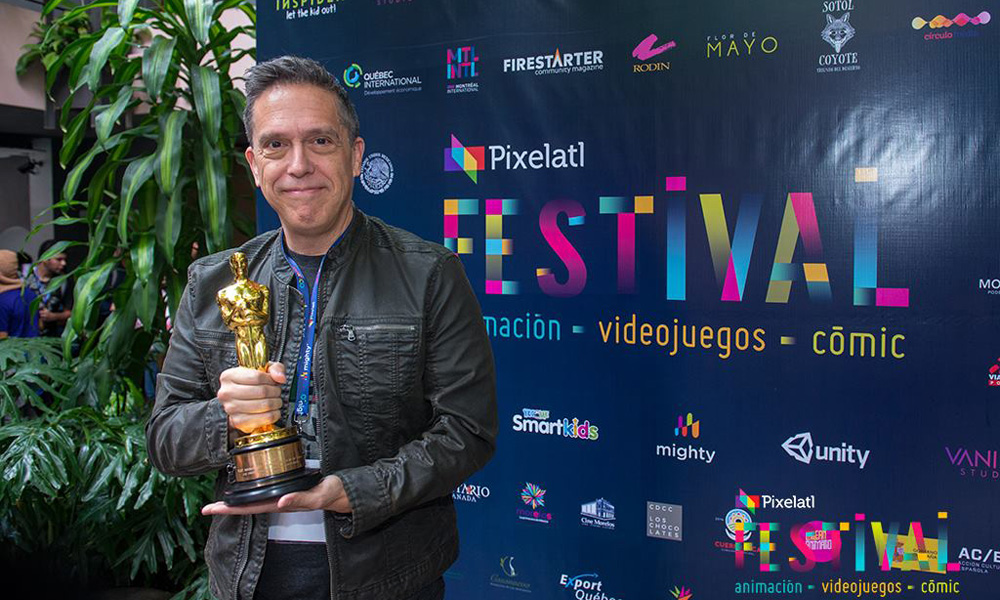 Oscar-winning Coco director Lee Unkrich talked frankly about the new culture at Pixar, and his gratitude towards the people and culture of Mexico at a special press conference held at the Pixelatl Festival, today in Cuernavaca, Mexico.

Unkrich expressed his gratitude and appreciation of the rich culture and people of Mexico for inspiring Coco and for the way they embraced the 2017 movie, which was a labor of love for him and his team. He also praised the work of his co-director Adrian Molina, who was a storyboard artist on the helmer’s Toy Story 3.

“We were hitting some snags story-wise, and Adrian shared some of the pages he had written,” recalled Unkrich. “When I read them, I thought they were really good. His prose was as good as any professional screenwriter I had worked with. He is a real rising talent at the studio, and I was happy to have him by my side. As a fringe benefit, he was able to tap into his own family stories and experiences as a Mexican America. He had a vested interest to make sure the movie was authentic and respectful, as we all did.”

When asked about the new push for diversity at Pixar [after the departure of CCO John Lasseter], Unkrich said, “There is no agenda, but we are all aware of the world we live in. We are seeing changes that are long overdue, and fully embrace them. Pixar has been guilty of their own way of doing things. We haven’t had women directing at the studio, but we are taking big steps to make it happen. If you look back at the history of Pixar, it was started by a few white guys trying to make good movies. Back then, there weren’t conversations about diversity in the studios and no push to tell diverse stories. We just wanted to make a handful of good movies.”

He added, “Today, we have a lot of different projects that embrace diversity, both in terms of the stories that they tell and in terms of sex, culture and race of the people who tell those stories. The important thing is that once you make the theme universal, you can tell specific stories set in particular cultures. We don’t have a mandate set for us from up high, but we try to do our part in telling these stories. It is good to face things that are outside your realm of experience, they make for better stories. It’s a good thing. It will give more opportunities to people who can inspire and affect people who felt like their stories weren’t told.”

Unkrich was then asked about whether Pixar would be willing to focus on sexual diversity in the future. He responded, “The only real rule we have is that the stories that we tell should be accessible to everyone. We don’t want to make movies that are for adults only or for specific segments of the audience. We want to make sure we are pushing the boundaries in terms of stories that we tell, but we want everyone to relate to these movies. If you ask me whether we will ever tell a story about a gay main character, I would say, maybe, probably at some point. It’s not like we have a list of taboos. We want to make sure the content is going to be appropriate for everyone, because kids are always going to be part of our audience. Take Coco, for example, we were dealing with death, which could have been traumatizing for kids potentially, but we tried to navigate it in a way that hopefully challenged them, but in a good way to have conversations with their family about the world.”

The director also responded frankly to a question about the popularity of Coco in the U.S. at a time when certain factors have created unwarranted tension against Mexico and Mexicans. “Marketing the movie was definitely a challenge in some parts of the country in the U.S.,” noted Unkrich. “The movie did very well in California, the Southwest and New York and other parts of the country, but there definitely were parts of the country that was hard to get people to see it, because — I think there’s no excuse for this — but a lot of people looked at the movie and said, ‘Well, what’s in it for me?’ This is not my culture, so why should I go see this movie?’ But I don’t care if the story is set in Mexico, China or Antarctica. I feel we have an obligation to live in this world that we live in and embrace the different cultures that make up our world. We actually less of a problem in some parts of the world — Coco did really, really well in China, which none of us expected.”

He said ultimately, he was very happy that movie was embraced so widely both in Mexico and amongst the Latino community in the U.S. and around the world. “I am also happy that we were in a position to share Mexico’s culture with the world,” he added. “The more that we can tell stories that everyone can relate to and create characters that everyone empathizes with, regardless of cultural background, the more we can break down barriers between cultures.”

Unkrich also thanked the Pixelatl Festival for playing a big role in connecting the region’s aspiring animators and artists with major studios around the world. “I came to Pixelatl because it is very important for people who find success to come and inspire the next generation and to be generous with their time,” he said. “I think back at the people who inspired me and the people who took the time to come to school and talk one-on-one with the students … I remember that time fondly so I try to do that myself. Pixelatl is especially important because animation, comics and games are unique forms of storytelling because they have the ability to tell stories that are difficult to tell. Anything that we can do to encourage people who are thinking about working in this medium is a good thing. It’s only going to lead to more diversity in the kinds of stories that are being told and how they’re told.”

The Pixelatl Festival continues through Saturday, September 8 in Cuernavaca. Unkrich will deliver the event’s keynote on Thursday at 8 p.m. The festival also features: