Unleashing the Hidden Beasts of ‘Wolves in the Walls’ VR

Neil Gaiman and illustrator Dave McKean’s 2003 children’s book, The Wolves in the Walls, wove a dark fairy tale about a young girl who hears wolves within the walls of her house — to which her parents turn deaf ears. As with Gaiman/McKean’s Coraline, Wolves in the Walls has been adapted into a visual narrative for adventurous children. This time, they may have to be doubly brave, as this particular adaptation places them directly within an immersive VR experience.

First-time director Pete Billington has an extensive history in visual effects for DreamWorks, Lucasfilm and Disney on movies like The Boss Baby and Trolls. He began working in VR in 2015, and came to see Wolves in the Walls as an effective match for the medium. After securing the rights, Billington’s team began development for Oculus Story Studio, a company commissioned by Oculus to produce VR movies for the Oculus Rift.

“A little girl’s story was something that we wanted to focus on at the studio, we wanted more direct connection to a character,” he explains. “You’re helping this little girl discover wolves in the walls. The spookiness of it felt great.” Billington’s team got access to a Touch controller and began rigorously prototyping the impact of hand interaction on the storytelling. “We didn’t operate on a budgetary level the same way a traditional film would,” he notes. “We were more of a lab, and we had a yearly budget that we were trying to fit into, but the budget was significant (in the multiple millions of dollars).”

Before development was completed, Oculus Story Studio suddenly shut down in May 2017. The team opened a new studio, though still funded through Oculus, called Fable to finish production. Due to be released in three parts, the first has been completed and screened at Sundance, Cannes and Annecy, with the last two parts due out by the end of 2018. The first chapter also screens at the SIGGRAPH confab in Vancouver in August.

Throughout production, the primary challenge has been handling the combination of visual storytelling, interactivity and 3D space. Technical polish remains a hindrance relative to what film audiences expect. Says Billington, “Ray tracing quality isn’t incredibly high, you have the burden of running 90 frames per second stereo in the headset, which requires a very fast graphics card, and still you have to make compromises in terms of mesh density and texture fidelity.” But, he adds, what the medium lacks in details it makes up with potential for exploring empathy in unique ways. “You’re sharing a space with a character, and you’re placed in the scene. The context of that has a lot of repercussions as an audience member. It could put you in a moral dilemma because you are there with the characters who are experiencing the emotion.”

Initially, the team came at the project from the standpoint of hybridizing the practices of animation and electronic games, hiring staff from Pixar and AAA studios. However, they soon discovered VR was a more complex and unique field, and began to study immersive theater, dance and choreography to find the correct approach. As Billington points out, “The more I play with it, the more I feel that it is not a replacement for anything. It’s its own format.” Looking at and studying McKean’s own illustrations from the original book, they enlisted Kendal Cronkhite, production designer of the Madagascar movies, to head up a team of artists that included Song of the Sea art director Adrien Merigeau as character designer. They also opted for a storybook tone, and iterated watercolor-inspired rendering for the environments. 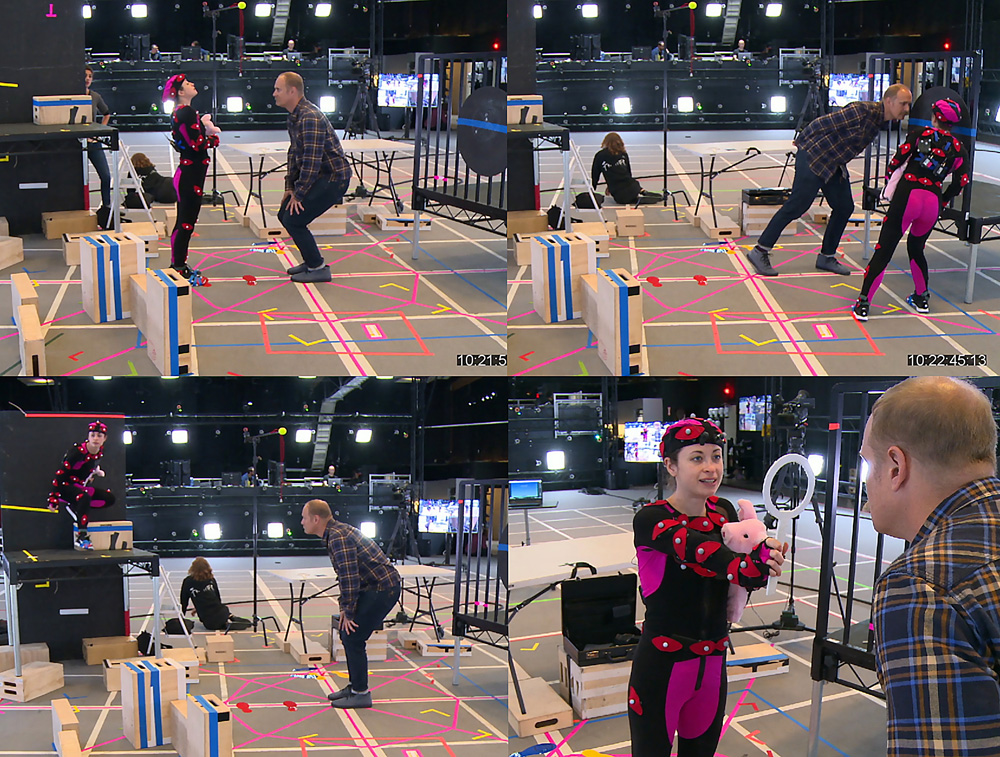 Assembling this vision involved using a Vicon motion-capture system and MotionBuilder, then moving into Maya to finalize character animations. From there, it was exported into an FPX format and placed in the Unreal Engine for logic and scripting behavior. Texturing was handled with Photoshop and ZBrush. VR creation tools like Quill, Tilt Brush and Medium were used for sculpting.

When the second and third parts of the project are completed this year, audiences can expect to be able to download Wolves in the Walls off the Oculus Store. It will also be found demoing at malls and VR trade shows.

When asked where Fable expects to take VR in the future, Billington offers, “This project opened up our eyes to how important it is to make a relationship with a character. It’s really amazing when a character can remember what you’ve done and react differently based on your actions: They become friends with you and you start to understand what they like and they start to understand what you like and you can have this ongoing adventure with them.” Like Wolves in the Walls itself, the ramifications may be scary, but they’re also exciting.