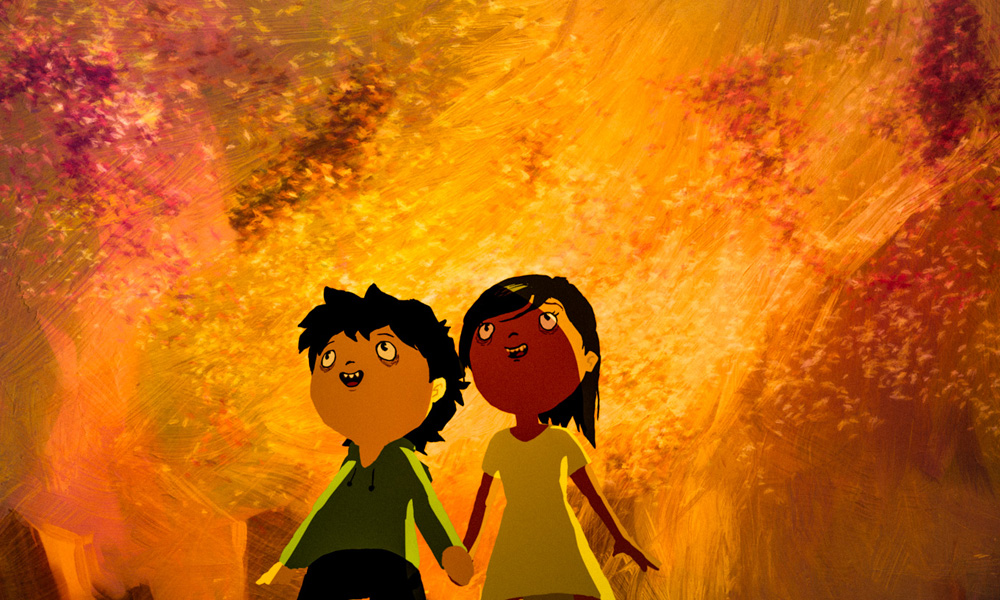 Multi-platform distribution/production house Shout! Studios (part of Shout! Factory) is taking wing with North American rights to new Brazilian animated feature Tito and the Birds, directed by Gustavo Steinberg (End of the Line), Gabriel Bitar (Cidade Cinza), and André Catoto (Say I Am Only Seventeen), and written by Eduardo Benaim and Gustavo Steinberg. The deal includes all distribution rights, including theatrical, digital, VOD, broadcast and home entertainment for a cross-platform release in the US and Canada. The rollout will begin with a theatrical launch later this year.

“We’re incredibly excited about this opportunity with Indie Sales and Gustavo. Tito and the Birds is a strikingly artful and gorgeously animated movie. It’s a stunning work of storytelling and a socially relevant film for the times we live in. This movie will spark dialogue and impact everyone who sees it. We look forward to bringing Tito and the Birds to North American movie audiences,” said Melissa Boag, Shout’s Senior Vice President of Family Entertainment.

Jordan Fields, Vice President of Acquisitions at Shout! Factory, noted: “Tito and the Birds is an important film. The tale it tells — a marvelous dystopian adventure of heroic children battling a culture of fear that is infecting their world — could not be more timely. Gustavo Steinberg and his team of talented artists use a striking palette to create indelible visuals. What ideas, what a story…every family should see this.”

Produced by Steinberg, Daniel Greco, Felipe Sabino and Brenda Wooding, Tito and the Birds features original scores composed by Gustavo Kurlat and Ruben Feffer (Boy and the World — Oscar nominee for Best Animated Feature). The film premiered in competition at the 2018 Annecy International Animation Film Festival to great audience enthusiasm and critical praise, and won the Best Feature for Children at Anima Mundi 2018. The film will have its North American festival premiere at Toronto International Film Festival this September.

Tito and the Birds is a film about a little boy and his journey to save the world. Tito, a shy 10-year-old boy, lives in a world on the brink of pandemic. Fear is crippling people, making them sick and transforming them. Tito realizes, based on his father’s past research, that there may be a way to utilize the local pigeon population and their songs to create a cure for the disease. His father was forced to leave when Tito was only six and the struggle to find a cure becomes linked with the search to find his father again, along with his own identity.

Steinberg stated, “I am really happy to release Tito and the Birds in North America with Shout! Studios. Unfortunately, it seems that the ‘fear epidemic’ that the movie dwells on is not exclusive to Brazil – it has been affecting the whole world. So I hope that the movie inspires North American kids to face it – just like Tito and his friends do.”

“We are delighted to be working with Shout! Studios for the first time. They have a great team and their enthusiasm for this movie is palpable. Shout’s success with previous animated features made it the perfect partner to distribute Tito and the Birds in North America,” said Nicolas Eschbach, co-founder and head of sales at Indie Sales.

The film deal was negotiated by Jordan Fields, and Shout’s Vice President of Business Affairs, Vanessa Keiko Flanders for Shout! Factory, and Nicolas Eschbach of Indie Sales on behalf of the filmmakers.

The announcement was made today by Shout! Factory’s founders and Chief Executive Officers Bob Emmer and Garson Foos, Nicolas Eschbach, co-founder and head of sales at Indie Sales, and filmmaker Gustavo Steinberg.