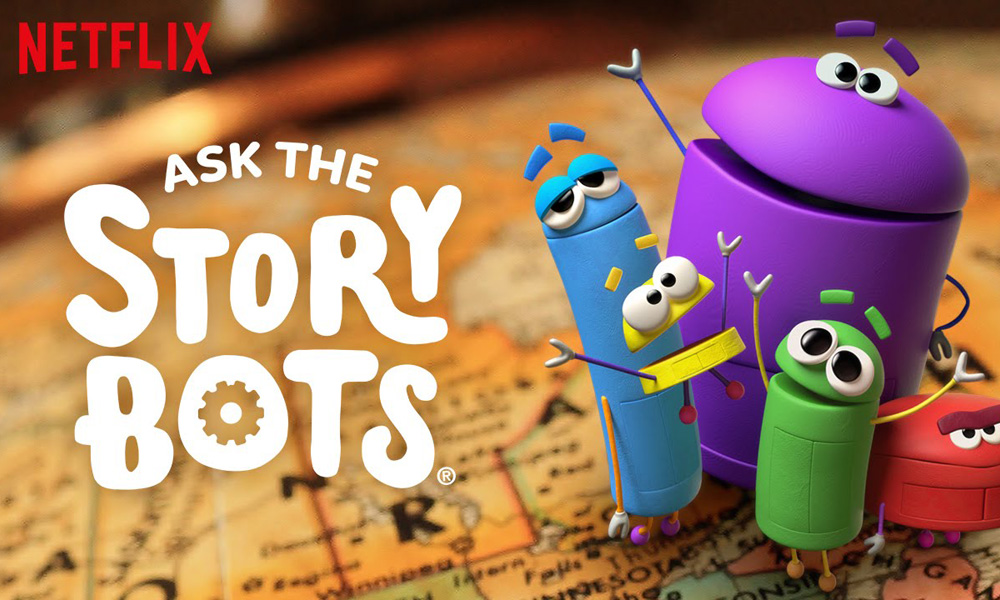 Second Season of ‘StoryBots’ to Unfold on Netflix Aug. 24

JibJab Studios’ colorful bots are ready to answer more questions on Netflix as season two of Ask the Storybots debuts on Friday, August 24. The Emmy Award-winning children’s features Judy Greer (Ant-Man, Archer) as the voice of Beep who leads a colorful team of little creatures who help answer kids’ biggest questions. Each episode follows Beep, Boop, Bing, Bang and Bo on their adventures to answer a question and features a live-action celebrity guest appearance.

Episodes and guest stars for the new season are:

Since premiering in 2016, Ask the StoryBots has quickly become one of the most lauded children’s shows on television, winning three Daytime Emmy Awards and receiving an additional nine Emmy nominations for its first season and holiday special. It was named one of Netflix’s most binge-watched kids’ shows, was one of just two children’s programs to be a finalist at the prestigious 2017 Peabody Awards and was nominated in the International category at the BAFTA Children’s Awards.

“We’re taking Ask the StoryBots to the next level for season two,” says Evan Spiridellis, the show’s co-creator and co-executive producer and JibJab’s chief creative officer. “The adventures are bigger and more epic, and our art team has done an incredible job mixing 2D and 3D animation, puppetry, stop-motion, and live action to be more visually stunning than ever.”

While season one of Ask the StoryBots was launched on Netflix in select markets, the newest batch of episodes will be released worldwide. The StoryBots brand has amassed 500 million video views on its YouTube channel, with more than 700 million minutes watched. In the past year, JibJab has also released five StoryBots books with Random House Children’s Books and partnered with Razor & Tie to release and promote its music.

Ask the StoryBots’ second season will be available August 24 for streaming on Netflix in all available markets. The season’s soundtrack will be released on all major digital music platforms on August 31. For more information on the StoryBots, visit www.StoryBots.com and www.JibJab.com.