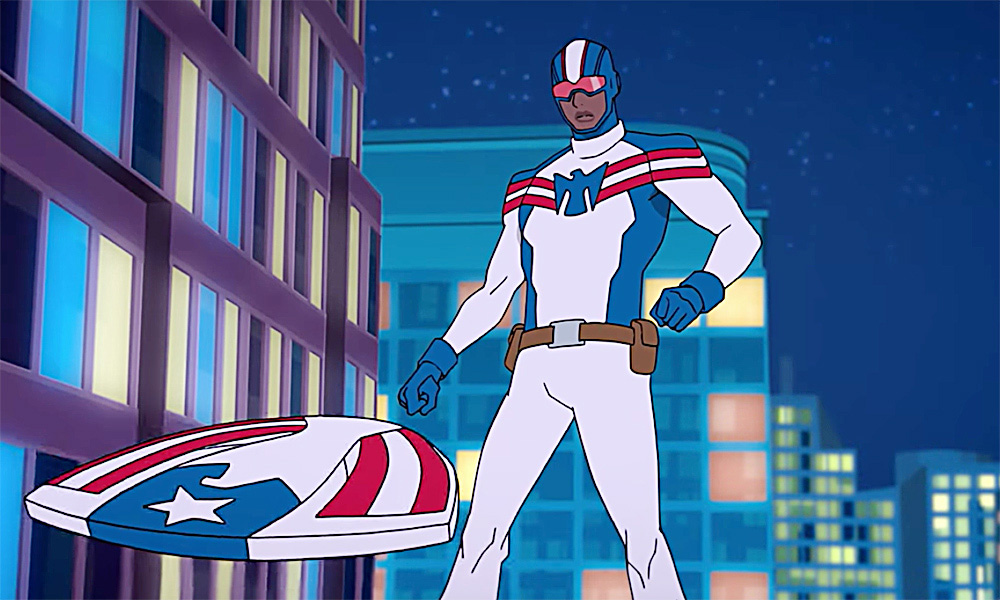 TIX ON SALE: Encounters Film Festival
Experience fantastic films and bold creative voices from September 25-30 in Bristol, UK. Some of the animated programs include “Other Worlds,” “Happy Sad,” “Animal Magic.” “Heterotopia,” “Rhyme, Rhythm & Reason” and “The State We’re In,” with many other toon gems to be found in late night, comedy and kids’ lineups.

The ASOS x Simpsons Collab Is Bound to Get You Nostalgic about the ‘90s
From a cloud-dappled denim jacket to bold graphic tees, elegant outline earrings and even an Itchy & Scratchy skateboard, the newly dropped collection is a must-shop for any Springfieldian (or disgruntled Shelbyville resident).

REMINDER: 2018 Women in Animation Scholarship
WIA has expanded its program, awarding $1,000 to each of five worthy students who demonstrate artistic talent, a passion for animation and promise for the future. Student members are invited to apply by September 30, 2018.

WATCH: Who Is Patriot? With Kamil McFadden | Marvel Rising Featurette
Get to know the star-spangled hero according to voice star McFadden, then head over to watch Marvel Rising: Initiation at Marvel HQ!

Synopsis: Gwen Stacy/Ghost-Spider (Dove Cameron), wrongly accused of a crime she didn’t commit, seeks justice and to clear her name. Unfortunately, her dad is not only Captain of the NYPD, but spearheading the manhunt! To make matters worse, other young heroes – Ms. Marvel (Kathleen Khavari), Squirrel Girl (Milana Vayntrub), Quake (Chloe Bennet) and Patriot are after Ghost Spider as well. But, as the chase to uncover the truth winds down— a darker threat looms along the horizon, and very soon, these heroes will need to put aside their differences and work together as a team.

WATCH: ‘RWBY’ Volume 6 Adam Short
As revealed at RTX Austin 2018, antagonist Adam Taurus (voiced by Garrett Hunter) returns in Vol. 6 of the popular anime-inspired web series.Sometimes a hero, sometimes a monster, always dangerous, Adam is willing to strike down anyone who gets in the way of his twisted version of justice — and he’s ferociously determined to get revenge on his ex-partner, Blake Belladonna.

RWBY Vol. 6 follows Ruby, Weiss, Blake and Yang on a mission to escort the Relic of Knowledge to Atlas. With Beacon fallen and Mistra compromised, Remnant’s northernmost academy may now be the safest place in the world… but making it there will be more dangerous than anyone imagined.