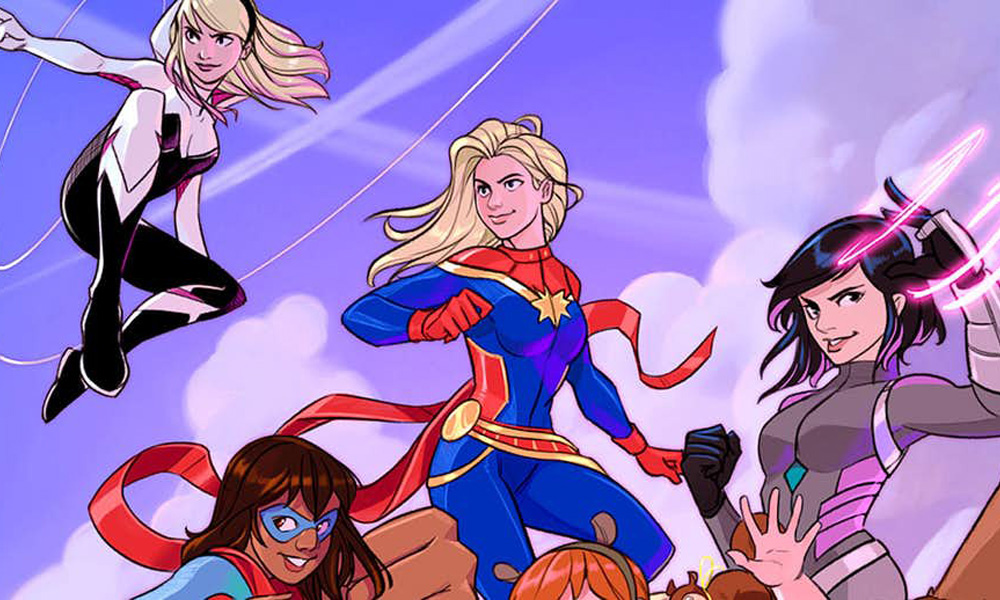 The initiative invites middle school students to see their artistic vision come to life as they write for some of Marvel’s most popular characters. Working with Disney mentors, the students will write a 3-5 page script based on select characters from the new animated project Marvel Rising. The scripts will then be performed by a talented group of Marvel Rising and Marvel Animation voice actors including Chloe Bennet, Tyler Posey, Kamil McFadden, Milana Vayntrub, Kathreen Khavari, Roger Craig-Smith, and Melanie Minichino. The event will be narrated by Skai Jackson. The onstage performances will bring to life the imaginations of the young participants and will be filmed and available to all on the Marvel YouTube channel, Marvel HQ, later this fall.

“Marvel is so honored to work with Young Storytellers and inspired by the work they do to inspire and mentor students,” says Cort Lane, Marvel’s Senior Vice President of Animation & Family Entertainment. “And we think it is beautifully fitting that the next generation of storytellers are writing stories about the next generation of Marvel heroes.”

Marvel Rising is a brand-new, multi-platform animated franchise with a focus on inclusivity, empowerment, and relatability for a tween audience. The content will premiere with six animated shorts, called Marvel Rising: Initiation, this Monday, August 13 at 7::30 p.m. on Disney XD and on Tuesday, August 14 they will be available on the Marvel HQ YouTube page. The shorts will be followed by an 80-minute animated film, Marvel Rising: Secret Warriors, this fall on Disney Channel. The stories feature a young, new group of predominantly female Super Heroes as they come into their own and eventually form a super powered team.