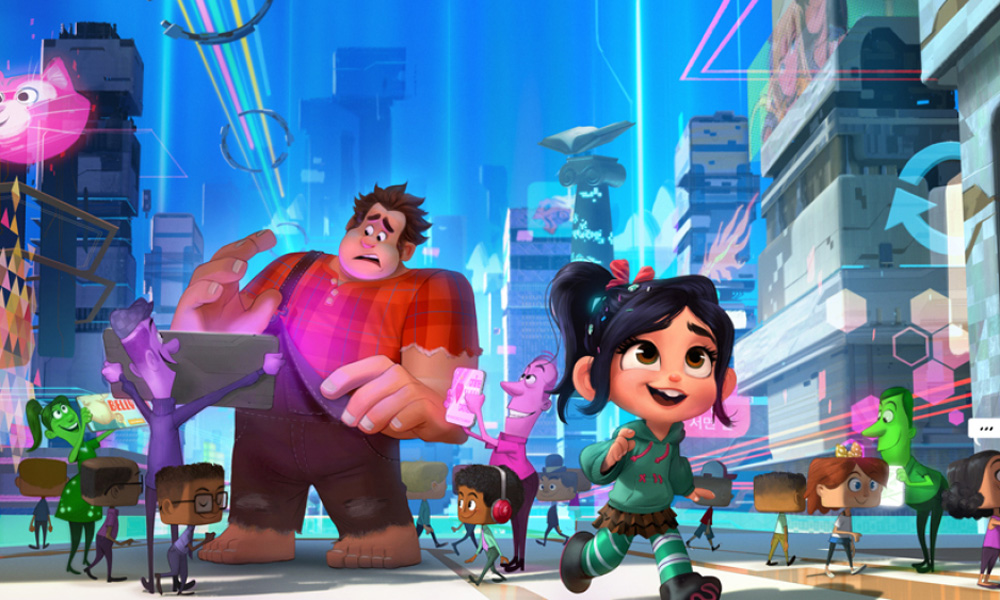 SIGGRAPH’s 2018 conference on all things CG and interactive is right around the corner, with new announcements for its Production Sessions program. Covering a 10 high-profile animated and VFX-driven features, TV, VR and tech topics, each 90-minute session will see world leading CG experts, technical artists and creative teams revealing the secrets of their workflows, processes and techniques, with a chance for attendees to pose further questions.

The 45th SIGGRAPH will take place August 12-16 at the Vancouver Convention Centre; registration and more info at s2018.siggraph.org.

Kicking off the first evening of the conference, the Production Sessions program will host a special 25th anniversary screening of Jurassic Park, with VFX pioneer Steve “Spaz” Williams. And throughout the show, the Production Gallery is running for a second year, showcasing artwork, props, costumes, artifacts and even interactive experiences tied from gems such as Solo, Wreck-It Ralph 2, Crow, Square Enix’s Animation-to-Games project, and more. The Gallery is also hosting a 50-piece exhibition of renowned futurist and production artist, Syd Mead (Blade Runner, TRON, Aliens), as well as a mobile app (sydmead.com, or search ”Oblagon AR” in the Apple or Google Play stores) that allows viewers to experience the Pebble Beach Triptych in a new dimension.

“Embracing and embodying the theme of ‘Generations,’ SIGGRAPH 2018 is a chance to celebrate and to reflect. This year’s Production Sessions programming looks at where we were, where we are now, and where we could be. I am so proud of the incredible lineup of content and speakers we have assembled. The brilliant work and boundary-pushing creativity in every frame, sequence, and pixel in the sessions, and the experience of walking through the gallery, is sure to ‘wow’ our attendees,” said SIGGRAPH 2018 Production Sessions Chair Emily Hsu. “I think they will definitely remember this conference for many years to come.”

DNEG, Framestore, and MPC Present: The Visual Effects of Blade Runner 2049 Thirty-five years after the release of the original Blade Runner, the visual effects teams behind Blade Runner 2049 were tasked with the challenge of crafting a dystopian world in the next phase of one of the most-beloved sci-fi films of all time. From the creation of the L.A. cityscapes, Las Vegas, and Trash Mesa environments, to the development of a holographic Joi and the return of Rachael, join the filmmakers from DNEG, Framestore, and MPC as they discuss their Academy-Award winning work that paid tribute to the original picture while creating a film of the future.

In this exclusive look at the upcoming Ralph Breaks the Internet: Wreck-It Ralph 2 (Nov. 21), members of the production team from Walt Disney Animation Studios will discuss the challenges they faced, both artistically and technically, in visualizing a world that is ever-changing and seemingly endless — a concept as familiar as the internet executed in a way that has never been seen before.

LAIKA is a studio whose mission is to realize the potential of stop-motion animation by fusing old-school artisanship with cutting-edge technology. This sneak peek production session will highlight the work done by LAIKA’s in-house visual effects team on the studio’s fifth film, Missing Link (April 19, 2019). During this session, the LAIKA team will highlight its unique production pipeline and how its digital efforts were created in concert with the puppet-makers and set builders at the studio.

Game of Thrones Season 7: Orchestrating Sea Battles and Blowing Up a Big Wall

In this production session, members of the Rodeo FX visual effects team will discuss their work on the legendary HBO series Game of Thrones, which was just nominated for 22 Emmy Awards in 2018. The team will cover, in depth, two of the seventh season’s most intense and epic sequences, starting from the concept art and working through the processes that led to the final shots. Rodeo FX’s long-term relationship with the filmmakers helped their approach for art directing, which Rodeo took into consideration when planning for the “Sea Battle” scene in episode two, and the dramatic “Fall of the Wall” in the season finale.

In a conversation that will not only span multiple disciplines, but also multiple years of technological advancement at Pixar, the team behind Incredibles 2 — many of whom also worked on the first film —will compare and contrast the filmmaking process then and now. Hear from this super group as they examine how they used the past to inform the present and, incredibly, achieved the near-impossible.

Four years after the events of Guardians of the Galaxy Vol. 2, the Avengers have been torn apart following the events depicted in the film Captain America: Civil War. Marvel Studios, ILM, Weta Digital, and Digital Domain will take the SIGGRAPH audience through their unique visual effects journey, as they present how they created some of the movie’s most heart-stopping moments.

Three Keys to Creating the World of Ready Player One

In this deep dive into Steven Spielberg’s Ready Player One teams from Industrial Light & Magic and Digital Domain will showcase the break through virtual production techniques and technology deployed for the film and the visual effects involved in bringing the film’s dystopian vision of life in 2045 to the screen. In addition, the teams will delve into the immense artistic and technical challenges of designing, building and animating every aspect of the expansive virtual universe known as the OASIS.

Making the Kessel Run in Less Than 12 Parsecs – The VFX of Solo: A Star Wars Story

Join the visual effects team as they take you behind the scenes on one of 2018’s biggest films. The team will showcase the innovative shooting techniques developed for the film and the unique collaboration with Director Ron Howard that allowed this chapter in the Star Wars universe to be brought to the screen. The team will also pull back the curtain on how they took old school methodologies and combined them with cutting edge technologies to create the film’s groundbreaking visual effects work.

Crow: The Legend – Bringing a Native American Myth into VR

Inspired by a Native American myth, Baobab Studio’s Crow: The Legend tells a story with themes of diversity, inclusion, sacrifice and self-acceptance. Director Eric Darnell and the team behind the Emmy-winning VR animations Invasion! and Asteroids!, share insights from their most ambitious VR project to date.

Generations of Houdini in Film

Featuring experts from multiple studios — including SIGGRAPH 2018 keynote speaker Rob Bredow of Industrial Light & Magic — and moderated by Ian Failes, this panel will showcase multiple generations of creative leadership, from those who embraced SideFX’s initial release of Houdini in 1996 to artists who have more recently discovered its procedural methods. Hear unique perspectives as they tell stories from the past to the present, and look ahead to the future of computer graphics.