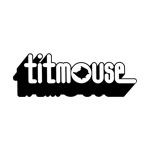 Behind the ivy-covered walls of a large contemporary building near West Hollywood, there’s a statue of Big Foot and one of the most edgy and prolific animation studios in town, known as Titmouse.

This past summer, Titmouse also produced a Teenage Mutant Ninja Turtles Summer Short and completed character animation on a JAY-Z video. Meanwhile, the team’s stunning third-season trailer for Rick and Morty (“Exquisite Corpse”) has already racked up more than 4.9 million views on YouTube. Among other recent credits are children’s shows such as Disney’s Goldie & Bear and Amazon’s Niko and the Sword of Light. The studio is also expanding into virtual reality projects that incorporate Google’s Tilt Brush audio reactive brushes.

“I think we have more of a house sensibility than a house style, based on the feedback we get on social media,” says Prynoski. “There’s a little something in our humor or the way we do things that’s different, somehow.”

“When I was in high school, my best friend and I would shoot little movies and things. He decided he was going to NYU to go to film school and that made me think that the drawing I was doing and the movies I was making could be a job,” Prynoski recalls. “So, when I was a senior I started making little animated movies and I got into the School of Visual Arts in New York.”

“To make the sincere and serious moments feel genuine, we designed Big Mouth‘s universe to feel real and relatable,” says Otto Tang, art director for Titmouse and the show. “The backgrounds are drawn with a bit more maturity and sophistication, compared to the exaggerated proportion of our character designs. This gives a lot more space for the writing to jump between absurd comedy and serious heartfelt subject matter. The art direction for this show isn’t something audiences will pay attention to. But it will be felt beneath, sort of like the bass line of a song.”