The Star: In A Different Light 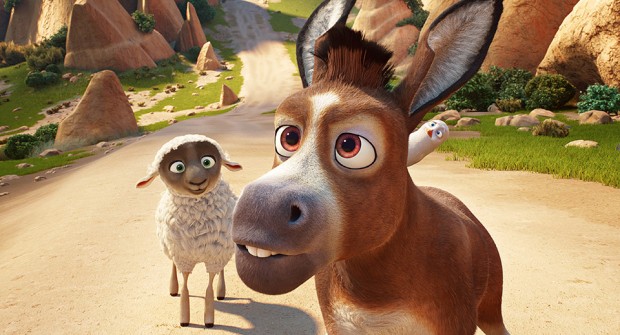 Sony Pictures Animation delivers a new perspective on the nativity story in The Star.

This month, Sony Pictures Animation will release The Star, produced by Disney veteran Jenni Magee-Cook and executive produced by DeVon Franklin of Franklin Entertainment and Brian Henson and Lisa Henson of The Jim Henson Co. The film features the voices of The Walking Dead star Steven Yeun as Bo, a donkey who aspires to joining the royal caravan; Keegan-Michael Key as Bo’s best pal, Dave the dove; Aidy Bryant as Ruth, a sheep; Zachary Levi as Joseph; Gina Rodriguez as Mary; Christopher Plummer as King Herod; and Tracy Morgan, Oprah Winfrey and Tyler Perry as the wise men’s camels, Felix, Deborah and Cyrus.

The script was originally developed about 20 years ago at The Henson Company, partly inspired by the success of Babe, Reckart says. Redeveloping it for animation and audiences in 2017 was the first task on Reckart’s to-do list. That meant adding more comedy and action, as well as giving the characters a clear emotional through line. “That really seems to be the key to getting something that both parents and kids can tune into at the same level,” he says.