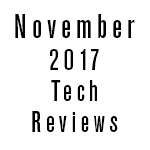 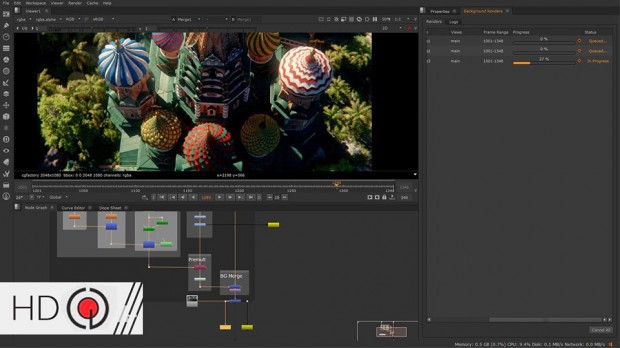 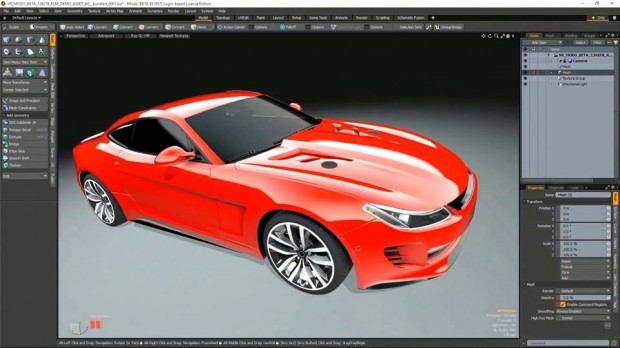 The more I speak with modelers, the more I get that Modo is really the modeling tool of choice—primarily in the hard-surface corners of the industry.

In Foundry’s latest release of Modo 11.1 builds further from 11.0v1 advanced in the modeling tools like Mesh Fusion booleans compounded with the procedural stacks that Modo uses. But, it has also eased a couple modeling tasks that are infuriatingly tedious: Retopologizing and UVing. The topology pen is used to draw out new polys and edgeloops while retopologizing.  This pen has gotten better with new falloff controls, which provide a gradient of influence as you refine and move new vertices or edgeloops.  The same falloff can be used as you smooth results of the retopo.

UV creation and manipulation has been one of Modo’s strong suits, so it’s not surprising that that received some development love. Laying out UVs is similar to a game of Tetris as you try and fit UVs into positions that most efficiently utilizes the 0-1 UDIM tile. Modo now offers onscreen feedback of how much coverage the UVs are using as you move things around. A new transform gizmo provides all the transform controls you need without switching tool.

There is now a “brush,” for lack of a better word, that allows you to paint across UV edges that will split the UVs—the width of the brush indicating an offset for how far the UV vertices will move apart. Holding a modifier key will sew the UVs back up. You are literally painting down the seam to split or sew. It’s way better than the select and click a tool. In a similar vein, you can dynamically tear UV pieces away with a key combination and drag.

Troubleshooting UVs is even worse than laying out UVs. So Modo 11.1 has a set of tools to detect overlapping UVs, twisting UVs in the same island, and flipped UVs.  Incredibly beneficial for avoiding technical errors in games, and cranky texture artists—everywhere.

A huge thing, especially when it comes to environments with lots of things in them, is the texel-size distribution. Modo comes with a tool to determine the density based on the number of pixels per meter. This is to avoid having a building with super low-res textures, and a basketball next to it with amazingly high-rez textures. Basically, it’s a way to normalize the size distribution of your textures.

These are the principle take-aways for Modo 11.1, but believe you me that there is a veritable laundry list of new features in Modo that would make the annual subscription cost worthwhile. I didn’t even touch on the live connection between Modo and Unreal.  Imagine selecting an object in an Unreal world, and having Modo open with that object.  You edit it—or replace it, and you go back to Unreal, and it’s there! Also, ModoVR just went into Beta in early August. By the time this review hits the streets it may be out. Keep your eyes out for it if you are developing content for VR.

Nuke 11 just recently made its way out of beta and was a key focus on this summer’s SIGGRAPH floor. I don’t think I need to taut its strengths and its history. Nuke is the leader in film effects and has a huge presence in television effects as well. The industry is filled with Nuke seats and Nuke users…because, well, it works, and it works well.  But let’s take a looksee at what 11 has to offer.

The big thing that stands out for me is more of a workflow thing, and may not help the smaller users. This is called LiveGroups, which is a way to compartmentalize comps into tasks and then divide them up into multiple artists. You may have roto, and keying, and camera tracking happening with different artists—perhaps even in different locations.  Sure, you could parse off tasks and treat them as pre-comps that the other artists render for you. Or they could send back their scripts and you can plop them into yours. LiveGroups creates a dynamic link to that other comp, so the output feeds into your comp. But don’t worry: you can control over which version of their comp you are using so it isn’t updating when you don’t want it to.  What else is nice is that you can promote output values from that script to feed into yours.

To keep with workflow, Foundry created a section in the tool menu called ToolSet, which is a list of common procedures that you would do in Nuke: Keying, Roto, CG assembly, etc. Aimed mainly at junior artists who are just getting used to processes, Foundry has taken the best practices for tasks and made preset scripts of how to generally work.  For instance, CG assembly—taking multi-channel or multi-pass renders and assembling them back into the beauty render — has a full subset of presets to build script for the most widely used render engines, like Arnold, Vray, Renderman, etc.  This sound like a simple thing, but if you look at more far-reaching results, they are building a fleet of compositors who work in the way Nuke is designed to work.

And still not leaving workflow: They took some tech developed for NukeStudio, and brought it over into Nuke proper, and you can now render in the background , so you can continue to work while you render a preview. The Frame Server even has a queue of its own, so you can render multiple write nodes. Flipbooks can also be sent through the Frame Server.

Now on to the neat tool stuff: NukeX has a temporal de-noiser for removing noise from footage.  By analyzing not only the grain in one frame by over a number of frames, you get a smoother result. This is especially helpful for greenscreen prepping when you want that noise gone to get rid of edge chatter. Some de-noise tools give you control over how many frames to sample over, as well as keeping edge detail along the greenscreen.

The Lens Distortion has been rebuilt from the ground up with better algorithms and analyzers that can sample moving footage, which is beneficial especially for fisheye lenses.  And you can input distortion files from multiple outside trackers like 3DEqualizer.

Nuke 11 is a nice upgrade, but the benefits principally hit larger studios with larger workforces.  Doesn’t mean that the smaller guys don’t benefit. If you are smaller studio or just getting up and running with Nuke, the ToolSet presets would prove invaluable. And the Frame Server should be implemented as a comp MO as soon as possible—potentially huge time savings with complex comps.  Sadly, that means ]fewer coffee and ping pong breaks for artists.

Red Giant is a brilliant key source to expand your After Effects toolset. We are talking tools for color grading like the Magic Bullet suite; tools for processing footage, tools for keying and tools for making compositing just a tad easier. But it’s the Trapcode Suite that seems to get the most attention. It expands After Effects’ 2D world into a much more expansive world with particle systems and 3D geo.  Now the recently released Trapcode Suite 14 offers updates to Particular, Form, and a bit of an update to Tao.

Particular is the suite’s particle system, used for making incredibly beautiful and complex splashes, trails, pixie dust, you name it.  Now, it is GPU accelerated for faster playback and feedback as you design the looks. To help with that process Particular has a Designer module, filled with heaps of particle presets you can grab from the library. Fully customizable, with fast feedback (courtesy of the GPU), you and push and pull parameters to get a look you want.  You can even combine multiple systems for even more complex results.

OBJs are now supported as emitters, so you can match to you 3D geo coming from your favorite 3D programs, and emit from verts or edges or polys.  The Particular library is also filled with OBJ objects to get you started. Beyond the emitters, the particles themselves can be sprites —again, that library comes with nearly 300 prefab sprites to choose from.  But you can also choose your own by bringing them into your AE comp.

Combine all this with new Aux System features, which will spawn additional children from the original particle system, and you have yourself an amazing tool for quickly creating intricate systems.

Form is a complementary product to Particular, in that it deal with particles, but it is more about defining surfaces and structures with particles. Like Particular, Form uses Designer and the libraries to provide a plethora of presets to start with and begin to customize.  Form can also use imported OBJs (or ones from the library) to populate the particles onto, even animated geo. But where Form excels are the techy and often beautiful results that are so pervasive in the motion graphics world. There probably isn’t a HUD display in film and television that doesn’t have Form looks in them.

In addition, Form gives you further control over the particle distribution using noise and fractal patterns to break things up in cool and interested ways.  You can even drive animation through the patterns using audio sources. Lastly, the Tao module of the suite allows you to create 3D structures in After Effects by repeating or lofting shapes along paths. The rendering uses real lighting and it supported reflections and refractions.  But the addition in the Trapcode Suite 14 is Depth of Field for even more photographic realism.

Particular is the primary reason to invest in or upgrade to Trapcode Suite 14.  Even before this release it was a powerful particle tool, and it has become even better. Form is ubiquitous in the MoGraph world and if you don’t have it, you are probably behind.  And Tao is just one more reason.  You can get each module on its own, but it might be wise to put your money into the whole suite.