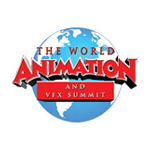 FILM.UA Group’s Iryna Kostyuk, producer of the much buzzed-about CG animated feature Mavka. The Forest Song, will be discussing the Group’s Animagrad Studio at the 6th annual World Animation and VFX Summit. As part of the “New Global Power Players” discussion, Kostyuk will be representing the growing Ukrainian industry.

“I‘m incredibly proud that our efforts in the field of animation have proved to be useful, and we were noted as new power players in the world market. Throughout the last year, we were delivering this message to the European industry: we took part in various industry events, presented projects to a professional audience, and, by the end of the year, we reached the overseas. We have something to show here, in Los Angeles, and we’ll definitely justify the trust of the American organizers of the event.”

Set for Monday, Oct. 30, “Your Guide to the New Global Power Players” will also offer insights from Christine Brendle, CEO of FUN Union (Hong Kong); Sandra Rabins, producer and specialist in developing US/China partnerships; and Irene Sparr, head of animation for WIL FILM (Denmark). The panel will be moderated by producer and media manager Max Howard, former President of Warner Bros. Feature Animation and producer of Disney classics like The Lion King and Aladdin.

Founded in 2012, Animagrad Studio is one of Eastern Europe’s leading animation shops, with a portfolio spanning a number of successful 2D and 3D projects. Its debut feature is the fairytale comedy/adventure The Stolen Princess, currently in production and already pre-sold to more than 30 territories. With a first teaser revealed this summer, Mavka. The Forest Song has been whipping up interest at festivals and markets with its distinctive, thoroughly Ukrainian visual design, music and mythological story concept. It is slated for release in Ukraine in 2019.