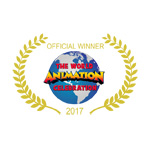 Another edition of the World Animation Celebration has drawn to a close. Following two days packed with screenings, panels, speakers and much more, WAC 2017 has revealed the winners of its international animated short film and pitch competitions. The event was presented by Animation Libation Studios and Animation Magazine, hosted by Sony Pictures Animation in Culver City, California.

The Art of the Pitch original concept contest was sponsored by Toon Boom, which is providing the first place winner with four licenses of its Storyboard Pro and Harmony software; second and third place winners received Imagination International sets from Copic Markers and digital subscriptions to Animation Magazine. The winners are: