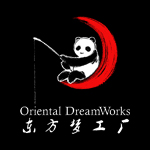 Universal is looking to sell its stake in China-based Oriental DreamWorks, according to a report in The Financial Times. Universal is seeking to let go of its 45% stake in the venture that it received when Comcast acquired DreamWorks Animation in 2016. The majority 55% holding is owned by Chinese investment and media group China Media Capital. Meanwhile, it has also been reported that Warner Bros. has had preliminary talks to acquire Universal’s share in the the animation venture.

The article says Universal and CMC have disagreed over strategy at the animation company and that it could be scaled down. Of course, Universal has its own access to animation production (thanks to its healthy relationship with Illumination Studio) and may have greater priorities in China. CMC head Li Ruigang noted, “I am more focused on just China and less globally, while they want to make films in China for the world. Today the priority of Universal is a theme park in Beijing,” he said.

The Chinese government announced an antitrust investigation into Comcast-NBCUniversal’s acquisition of DWA last October. China’s anti-monopoly laws allow the government to investigate foreign deals even if no Chinese companies are involved.

Time Warner and Warner Bros. have been long-term investors in CMC’s multiple funds. Warner Bros. also has another joint venture with CMC, the Beijing- and Hong Kong-based Flagship Entertainment, whose mission is to produce films for China and global audiences.

DreamWorks Animation has been re-evaluating its slate since the acquisition. It cancelled The Croods 2 and Larrikins, and its next official projects include How to Train Your Dragon 3, written and directed by Dean DeBlois (slated for March 2019) and Everest, which will be released September 2019.  Everest is directed by Tim Johnson (Home, Over the Edge) and Todd Wilderman (Open Season 2) and produced by Suzanne Buirgy (Home, Kung Fu Panda 2), based on a script by William Davies. (How to Train Your Dragon). The story centers on a magical Yeti who must overcome his fears to travel to different worlds in order to find his way back to his family.