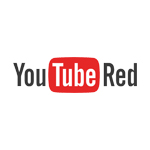 Cena plays a warrior-poet named Robo with Dennings as sassy space trucker Dallas — together, they travel the cosmos evading cannibal bikers, rival truckers and vengeful vending machine burritos as they try to make a few bucks in the seedy interplanetary big-rigging biz.