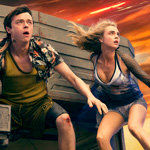 The VFX of ‘Valerian’ 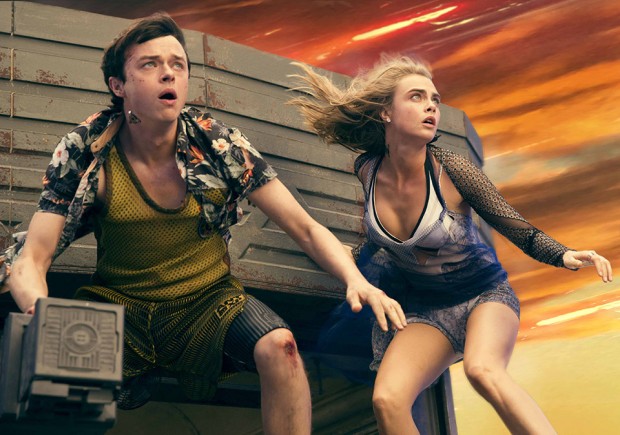 Luc Besson’s long-term plan for Valerian and The City of a Thousand Planets enabled top VFX artists to bring to digital life his vision of an alien-filled epic for the ages.

Luc Besson is ready to introduce the world to a new kind of comic book hero with the release July 21 of Valerian and the City of a Thousand Planets, a lush, effects-packed sci-fi feature adapted from the French director’s favorite childhood comic.

For Besson, director of such iconic features as The Professional, The Fifth Element and Lucy, the movie was a labor of love that he began working on in 2000, hiring ten artists to come up with designs for a movie that didn’t even have a script.

“I wanted creativity totally without frontier,” says Besson. “I wanted them to come back with the weirdest things they can (create). And then i received more than six thousand drawings and I started my puzzle.”

Throwing a wrinkle in the process was Avatar, which so impressed Besson that he threw out his nearly finished script for Valerian and started over.

The final version of the story is adapted from the long running Valerian and Laureline comic book created by writer Pierre Christin and drawn by Jean-Claude Mezieres. It debuted in the pages of Pilote magazine in 1967, with a total of 23 albums published in France through its conclusion in 2013.

Besson says his boyhood love of Valerian prompted him to hire Mezieres as an artist on The Fifth Element, but it took until now for visual effects to make possible the kind of adaptation the director envisioned. The feature stars Dane DeHaan as Valerian and Cara Delevingne as Laureline, two government agents in the 28th century tasked with stopping a plot against Alpha, the City of a Thousand Planets, where the universe’s best and brightest live in peace.

Stokdyk says he was thrilled to collaborate with Besson, years after working as a digital artist on The Fifth Element. But the scope of what Besson wanted to create with the movie was at first overwhelming. “It seemed like the scale of what VFX would have to do was going to just barely be possible if everything on the movie went as planned,” he says.

Besson’s forethought and planning, however, allowed Stokdyk and visual effects producer Sophie Leclerc to break down the massive task into manageable chunks. Stokdyk says they were able to divide up the effects among a number of top-notch companies, with Weta, ILM and Rodeo FX reliably leading the charge.

Leclerc says they played to each company’s strengths. For example, the complicated Big Market sequence, comprised of some 600 shots, required a really large asset and alien build that was tailored for ILM. The Alpha station and space battles was handled by Rodeo FX, while Weta handled some 1,300 shots, including a large amount of motion capture for the Pearl world as well as very diverse aliens and habitats inside the Alpha station. Also working on the movie were a trio of French companies: Mikros, MacGuff and Digital Factory. The final film has 2,355 effects shots.

“It was also Luc’s clear vision of what he wanted, and extremely clear, targeted comments that allowed all the VFX vendors to work very efficiently,” says Stokdyk. Luc was able to edit his movie together almost a year before the release date, and didn’t change from the very first blueprint that he gave the VFX team.”

The most complicated example of this was the Big Market sequence, set on a desert planet where tourists put on headsets that let them see into a market in another dimension and shop for the most unique items in the universe. The action takes place in two different worlds, with the aliens within the market having a third point of view on the action.

“There was a rather complex set of rules about what something would look like in one of the two worlds, and what sci-fi technology was behind it, and what could be affected in each world,” says Stokdyk.

Besson had such a hard time at first explaining this complicated sequence to the cast and crew that he spent three weeks shooting a full previz of the entire sequence. Using as actors some 60 film students from l’Ecole de la Cite — founded by Besson as part of his Cite du Cinema studio complex in Paris — the previz was  together with color coded tinting for each location, guiding the cast and crew through the making of the sequence to its finished form.

The alien creatures in the film were a huge challenge given the number and variety Besson’s script called for. Stokdyk estimates there are about 200 CG creatures in the movie, as well as live-action costumed actors.

Most notable among them are the Pearls, whose plight drives the plot and serve as the emotional heart of the movie, says Stokdyk. “They are in sync with their environment, and their energy is reflected via chromataphore animation in their skin when they emote,” he says. “Weta had to develop a complex skin-shading system to handle what was effectively ‘tertiary’ or ‘quaternary’ animation, on top of the primary and secondary animation for the characters.”

Music artist Rihanna appears in the movie as Bubble, an alien who transforms her clothing and her shape at will. “The story required transformation from human to creature VFX, and we did not want it to seem magical or too much like a simple CG morph,” says Stokdyk. “Weta solved the challenge on a shot-by-shot basis, using both 2D and 3D techniques. Creatively, it was always about anticipating where the audience would be watching the transition, and trying to move the shapes in those areas around in an interesting way.”

Leclerc says Besson had his film editor working in parallel with principal photography, allowing the crew to turn over early entire sequences to the VFX vendors, which each had a year to complete post production.

“(Besson) knows exactly what he wants, which helps a lot with planning, logistically and financially,” says Leclerc. “He very much trusts the people working for him.”