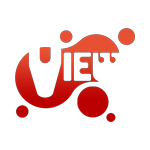 Italy’s VIEW Conference on VFX, computer graphics, digital media, games and VR has further padded its speakers lineup for the 18th annual edition, taking place October 23-27 in Turin. Among those joining the previously announced guests are a quarter of Oscar-winning VFX luminaries.

Weta Digital Senior VFX Supervisor Joe Letteri will present the evolution of visual effects technology and artistry behind War for the Planet of the Apes. John Nelson will share the visual effects work on the highly anticipated film Blade Runner 2049 (out October 6). Bill Westenhofer brings insights on Wonder Woman, this summer’s critically acclaimed, superhero blockbuster. And Martin Hill, a Sci-Tech award winner, will discuss his supervision work on Weta Digital’s VFX for Luc Besson’s Valerian and the City of a Thousand Planets.

“VIEW is special not just because we bring so many amazing people to Torino, but because of the collaboration we see among our speakers and our attendees,” said conference Director Dr. Maria Elena Gutierrez. “VIEW has become not only a place where ideas are presented, it’s a time and place where ideas are incubated.”

VIEW has also issued a call for submissions for its second annual Games Development Boot Camp accelerator program, with a deadline of August 31. A panel of international judges will give six game startups a two-week mentorship, with winners getting a pitch shot at potential investors. (www.viewconference.it/games-bootcamp).