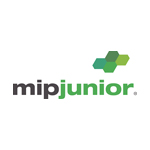 MIPJunior (www.mipjunior.com) has announced that two major influencers in the kids’ animation industry have been confirmed a keynote speakers for the 2017 confab: Fred Seibert and Andy Yeatman. MIPJunior will take place October 14-15 at the Marriott in Cannes ahead of MIPCOM — both events are organized by Reed MIDEM.

Andy Yeatman leads the kids & family programming team for Netflix globally, covering all original and licensed content for kids ages 2-12. Prior to this role, he acquired Major Studio film and television content for Netflix’s North America service. Yeatman joined Netflix in 2011, helping to launch its service internationally. Before joining Netflix, he worked in Digital Distribution for The Walt Disney Studios. In that role, Yeatman negotiated movie distribution deals with digital platforms such as iTunes, Sony Playstation Network and Microsoft Xbox for a number of territories, including the US, Canada, Mexico, Japan and Korea. Yeatman holds an MBA in Strategy and Entertainment Management from UCLA’s Anderson School of Management and an International Relations degree from Tufts University.